80 percent of leading retailers in the Nordics have an ecommerce app and a mobile-optimized ecommerce website. Almost one in five retailers have focused on optimizing their website for mobile visitors, rather than focusing on an app. Only 1 percent has neither.

This is one of the main conclusions from “The digital power house“, a benchmark report from eTail Nordic. The organization behind this ecommerce event, surveyed 100 leading retailers in the Nordics. Seven in ten of these retailers are a bricks-and-mortar retailer with an online presence, while 29 percent is an online-only pure player. One in three Nordic retailers surveyed has their company based in Sweden, while 5 percent isn’t based in the Nordics at all. And all of the retailers surveyed deliver to Western Europe, while only 37 percent ships items to Eastern Europe. One in four ecommerce companies also delivery to North America.

‘Everyone wants an app’

According to Peter Hvidberg, head of ecommerce at Intersport Group Denmark, there is no more buzz about apps any longer. “One of the issues I have with apps is that everyone wants an app, but what do they want it for? It doesn’t make sense to have an app over an optimized mobile site, as it becomes costly, but if you want to add additional features, such as a loyalty scheme or lifestyle updates, then that makes sense.” 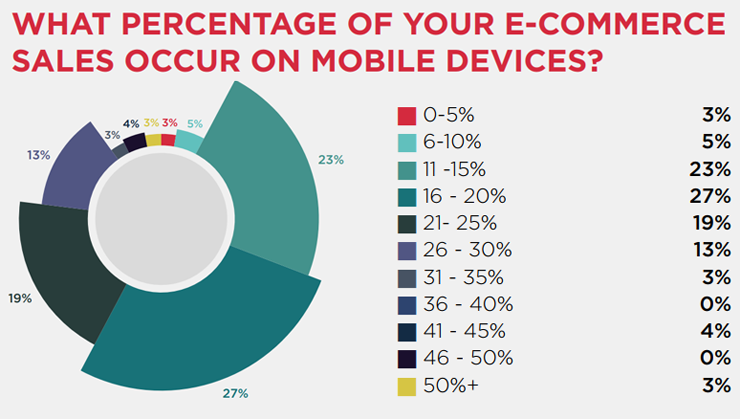 eTail Nordic, which takes place in Copenhagen on 3 and 4 October, also asked its respondents about website personalization. Over one third of the retailers say they use an algorithm-based solution to personalize their website based on a user’s prior behavior. Another 27 percent of retailers personalize their website using CMS data and incorporate personalized marketing like email or social media. And 19 percent use real-time personalization for the website based on a user’s individual profile.