Amazon is one of the biggest ecommerce companies in Europe.  Especially in the United Kingdom and Germany, the company is not shy with launching new initiatives. On this page, you can find out more about the current state of Amazon in Europe.

Amazon launched its website in the US in 1995 and after three years it opened its digital doors in the United Kingdom, while also launching Amazon Germany. France followed in 2000. Ten years later, in November 2010, the company launched in Italy and one year later, Spain was the next European country where it runs a dedicated ecommerce website.

Amazon launched its newest marketplace in 2022, in Belgium.

The retailer also launched Amazon.nl in the Netherlands in 2014, but it only sold e-books and its Kindle e-reader through this website. In 2020, Amazon.nl officially launched with a complete assortment. At the end of 2020, it also launched Amazon.se in Sweden and a few months later, in March 2021, the company launched in Poland. In October 2022, it launched a new marketplace in Belgium.

In December of 2017, it became known that the ecommerce giant has plans to open physical stores in Germany, similar to the brick-and-mortar stores it already has in the US. 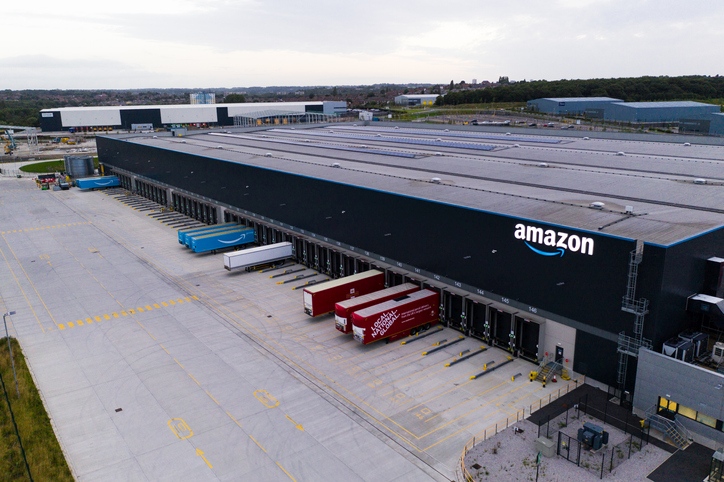 Throughout Europe, Amazon has a network of fulfillment centers, distribution and logistics centers. In April of 2017, the company announced it was seeking a total of 1,300 warehouse units near major cities across Europe, so they can function as last-mile centers. In 2022, it opened its first logistics center in Belgium.

The ecommerce giant started as an online store, but now it also generates revenue with services such as its hosting solution Amazon Web Services and its paid subscription service Amazon Prime. This service was announced in 2005: for an annual fee of 79 dollars, customers were offered free two-day shipping and discounted one-day shipping rates. It is now also available in Europe.

The company also offers Amazon Prime Now, giving Prime members the opportunity to have products delivered to them within one hour. It also has a service called Amazon Fresh, through which customers can order deliveries. 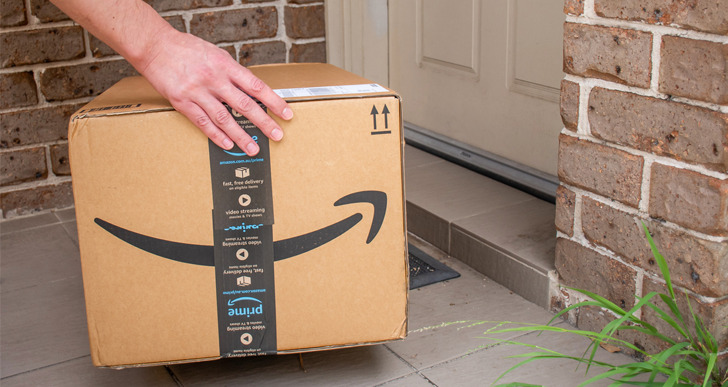 The ecommerce giant also has another product called Amazon Business, a marketplace dedicated to businesses. It started in the US, but it has also launched European marketplaces.

In Europe, the ecommerce giant has over 200,000 permanent employees. Every year, when the holiday season is on its way, the company hires extra temporary staff to manage the warehouses, because this is always the busiest time of the year for the business and many other retailers.

There has been quite some controversy regarding the treatment of workers. Mostly there was criticism towards the company’s warehouse conditions. A couple of times, employees went on a strike to get a better salary and benefits. In 2021, the company increased its starting wage.

The influence of Amazon in Europe

Amazon is a key ecommerce player that many small and big retailers keep an eye on. If the company launches a certain service or decides to focus on a specific product category, the online retail industry will know about this in a split second. Most of the company’s decisions have a big influence on the market, competition and consumers. Niche players are afraid the ecommerce giant will one day enter their market and wipe them out with lower prices, better service and faster delivery.

‘Other online retailers do not want to lose their market share to the ecommerce giant.’

However, that influence also means that the company truly is a market leader. If it starts offering a certain service (like faster delivery), many online retailers will soon follow, because they don’t want to lose their market share to the company. Since 2020, Amazon seller acquisition companies are very popular. These companies acquire and scale Amazon FBA brands and sellers.

Below are some frequently asked questions about Amazon in Europe:

In which European countries is Amazon active?

Amazon is active in the following countries in Europe: France, Germany, Italy, the Netherlands, Spain, Sweden, Turkey, the UK, Sweden and Poland. In these markets, it has a dedicated, localized ecommerce website. Amazon.com.be is the latest addition, it officially launched in October 2022.

If I have an Amazon seller account in one country, can I sell on multiple marketplaces?

Yes, you can! If you have an EU selling account, you can sell products in multiple European marketplaces from that single account. With your Amazon Europe Marketplace Account, you’re automatically allowed to sell on all Amazon EU marketplaces: Amazon.de, Amazon.co.uk, Amazon.fr, Amazon.it, Amazon.es. Amazon.se, Amazon.com.tr and Amazon.nl.

To start selling, you need to define your local marketplace.

However, you will get asked to define your local European marketplace, like France. It can be any of the EU marketplaces mentioned above.

Are there differences between selling on Amazon in Europe and in the US?

However, there are some important differences. For example, there are tax requirements for sales of products to consumers in Europe. And if you have sales on a certain Amazon EU marketplace, you need to make sure you comply with all local regulations.

Also, keep in mind that certain product standards (like the number of volts in electronic devices) can differ across Europe. The ecommerce giant also requires that listings and customer support are provided in a marketplace’s local language.