Kiala, which sends parcels to over 11,700 convenient collection points throughout Western Europe, has enabled merchants to get their goods delivered to other countries where Kiala is active. From now one, an online merchant sending parcels using Kiala can also send these parcels to the Netherlands, Luxembourg, France and Spain.

This is the biggest change Kiala has put through when it launched a completely new website this week. Before this, online merchants using Kiala could only ship parcels to convenient collection points in their own country. Our media partner Karel De Brabanter from the Belgian Opencart solution Shopso.be says there’s a small downside for Kiala clients. For example, in Belgium you previously had to pay €4 for a package, now the price has grown to €4,50. When you want to send something from Belgium to a collection point in The Netherlands, you have to pay €7,50.

Enabling shipping to other European countries isn’t the only new feature Kiala has to offer. It also launched some new ecommerce plugins. There are free plugins downloadable for Magento, Oscommerce, Prestashop, Drupal Commerce, Rbs Change, Demandware, VirtueMart, and Powerboutique. “ Too bad they don’t offer a OpenCart plugin, but maybe we will launch a Kiala plugin in the future”, De Brabanter says.

In February 2012, Kiala got acquired by UPS. Starting then, the model has been deployed under the name of UPS Access Point in the UK and UPS Paket Shop in Germany. 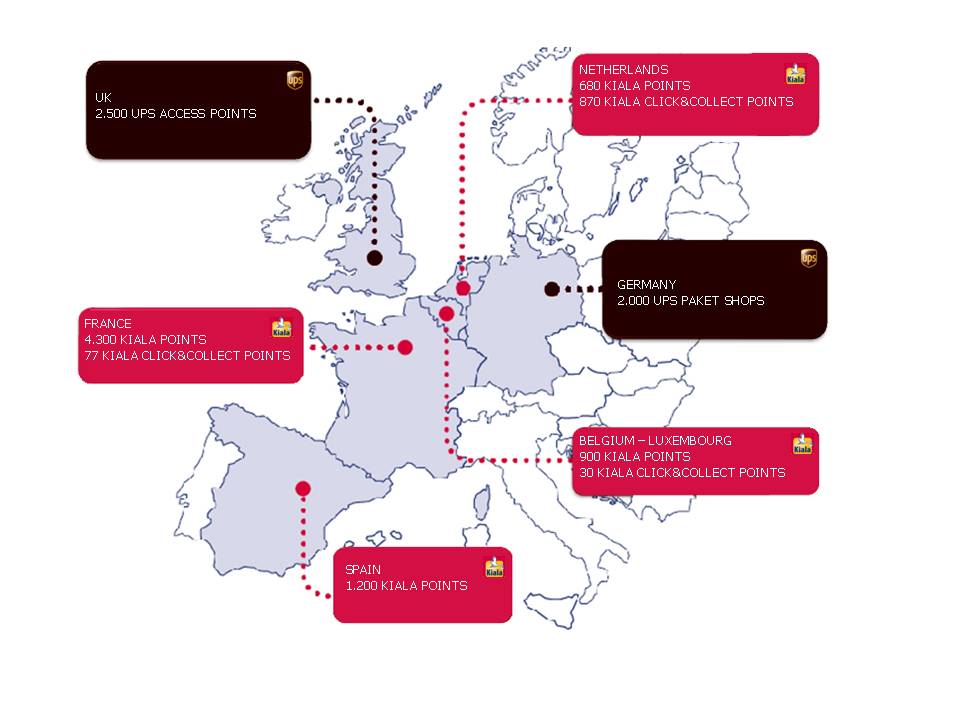