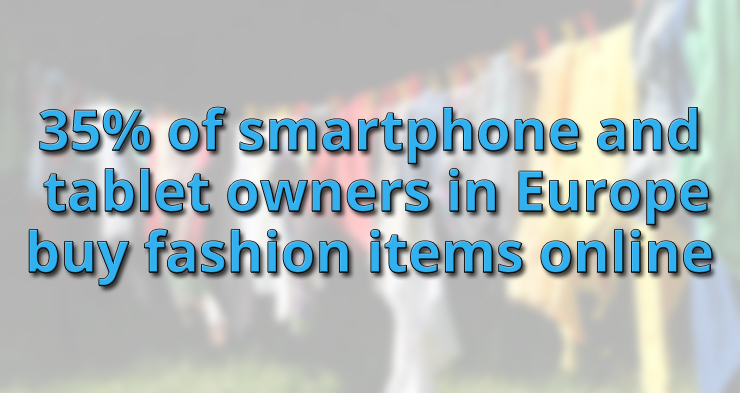 When it comes to shopping online using a mobile device, European consumers buy mainly clothes and accessories. They buy more of these than any other product that can be bought online. In fact, 35% of European shoppers who own a smartphone or tablet used such a device to buy fashion items online.

This is apparent from new research, conducted by Ipsos and commissioned by ING. It also shows that next to clothing, electronics are very popular items to buy when shopping online with a smartphone or tablet. Almost one in three respondents (32%) said they bought electronics in the past twelve months. Other popular products are games (19%), groceries (17%) and music (16%).

As the length of the bar shows, mobile shopping is most common in Turkey, while the uptake is much lower in the Netherlands and Belgium. However, the Netherlands is the ‘most developed’ mobile banking market in this survey, a position it has held for the previous two editions. But apparently, using mobile banking often does not automatically mean shopping using a mobile device is a common thing to do.

‘Goodbye to cash’
The study also found that the majority of mobile shoppers in Europe (55%) are more inclined to buy from stores that saved their payment details. “Mobile devices are revolutionizing the way we manage money”, ING senior economist Ian Bright said. “Across Europe it is becoming common for people to shop using a mobile device, and ‘one-click-hope-it-fits’ technology is making it even easier than ever for consumers to get what they want, especially when it comes to retail. The increasing acceptance of mobile shopping and mobile payments is contributing to cash being used less often. Some could eventually say goodbye to cash for good.”