Performance marketing agency Performics told Search Marketing Daily that it saw higher CPCs in the first couple of days after the Google change of 20 February. But its US President, Scott Shamberg, thinks that as the market settles it won’t become more difficult to bid into the top four positions. Marketers should become more strategic in their bidding approach, but that has always been the case, he says.

None of Performics’ clients saw a dramatic shift after Google removed the right-hand side ads. Neither did a shift in market share to Bing or Yahoo took place. “Sometimes you might see it based on less inventory on Google, but we have not seen a shift or influence in the past 48 hours”, Shambergh explains.

Intensified competition for fewer ad positions
The assumption that the CPC would increase after Google’s search results page change, was something Dutch online marketing agency Traffic Builders expected. “There is intensified competition for a more limited amount of ad positions”, founder Wolter Tjeenk Willink said on the company’s blog. “The most likely explanation for this radical change is the relatively low CTR on ads in the right column. By increasing the number of ads above the organic search results from three to four, the organic ones are pushed further down. The result is that the AdWords ads stand out even more, which will make the cumulative CTR higher than those of the ads previously shown on the right side of the page.” 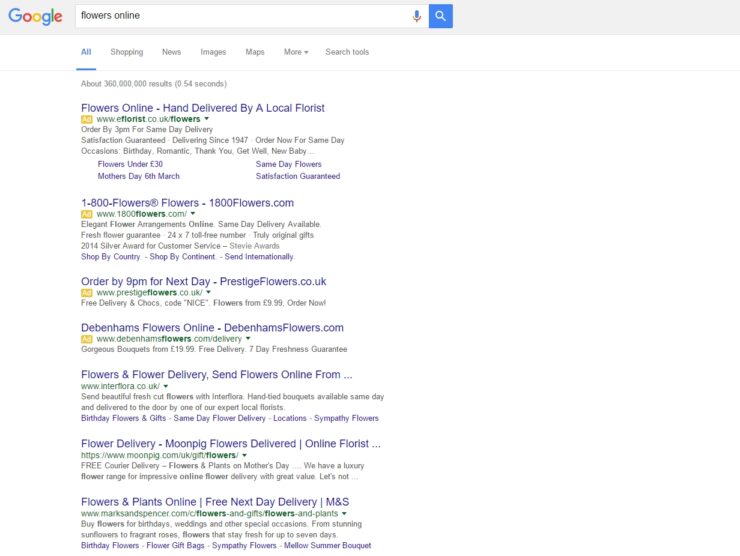