September 24, 2020 by Ecommerce News. About Cross-border, Marketplaces with tags Europe.

The €143 billion cross-border ecommerce market is without travel. But still, it’s fascinating to see how dominant Amazon is in Europe. Its market share is up 18,5 percent compared to 2018. Meanwhile, the online marketplaces with European capital (including Vinted, G2A, Farfetch, and Zalando) represent 11 percent, an increase of 17 percent compared to one year before.

Cross-Border Commerce Europe, which launched the study, expects that online marketplaces will represent 65 percent of cross-border online sales in Europe by 2025.

In 2025, marketplaces represent 65% of cross-border ecommerce in Europe.

The Top 10 global cross-border marketplaces operating in Europe is made up of:

Cross-Border Commerce Europe has made some fascinating discoveries about the cross-border operating marketplaces in Europe. For example, 56 out of 100 online platforms sell business-to-consumer. And almost half of them have their own stock of products. Two in three are pure marketplaces that don’t sell their products, but only those of third parties. These are marketplaces like Discogs, Wish, Farfetch and Bandcamp.

Consumer-to-consumer marketplaces represent 36 percent of the top 100, including Depop, Bump (both UK), Hood, Mobile.de, Rebelle (Germany), Delcampe (Belgium), Vestiaire Collective (France) and Marktplaats (the Netherlands). Only 10 percent focus on auctions, like The Salesroom. And 41 percent of marketplaces sell second-hand goods, with Vinted as the clear leader. 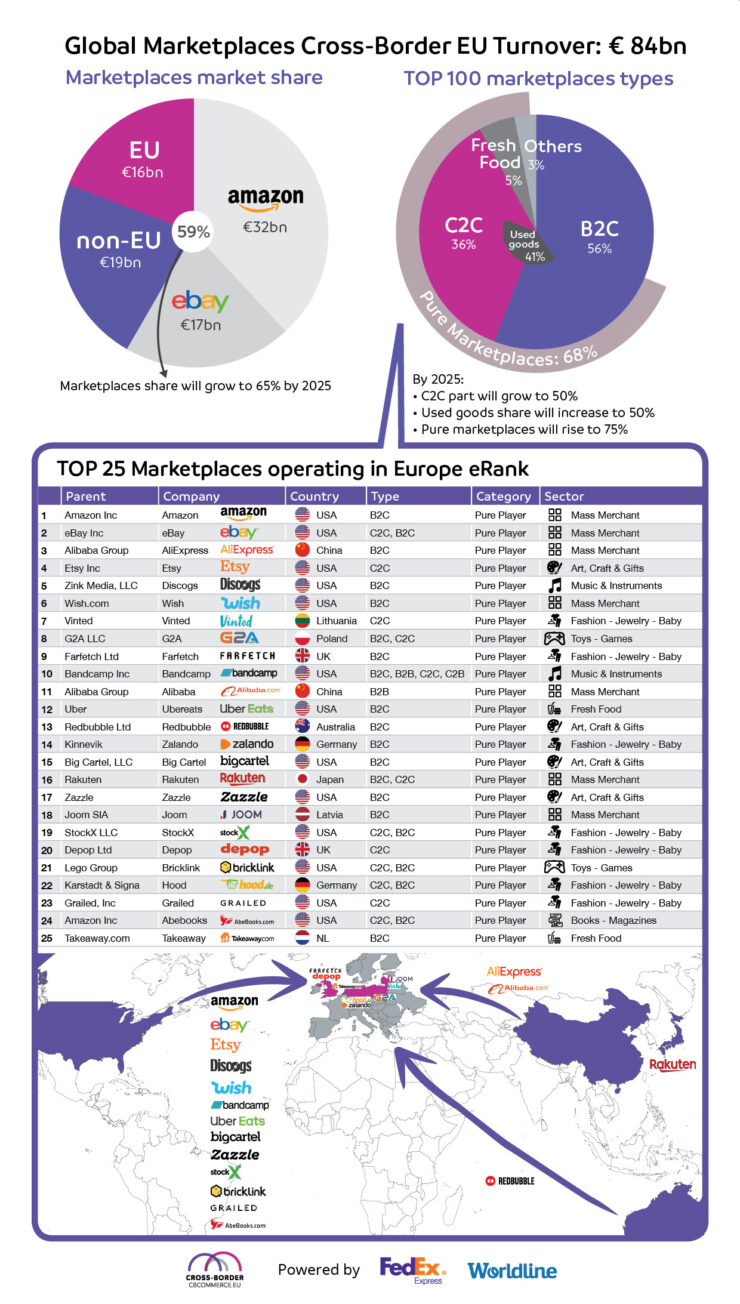