Many shoppers are often still afraid to shop across the borders, because they are worried they don’t get the goods or that they need to put way too much effort in returning the products if they don’t like them. The European Commission is trying hard to make cross-border ecommerce easier for both consumers and sellers.

Europe is not only a popular ecommerce destination for consumers and retailers in other European countries, Payvision’s report from 2014 showed that in North America, Europe was the first region of choice for cross-border expansion for two in three respondents.

In North America, Europe is the number one choice for cross-border expansion.

Cross-border ecommerce in Europe in 2020

A study in 2018 shows that for many online shoppers in Europe, China is a popular destination for their cross-border ecommerce purchases. In almost every country in Europe, China is the number one country from which online shoppers bought their most recent online cross-border purchase. In Iceland, Norway, Sweden, Finland, the UK, Denmark, France, Portugal, Spain, Italy, Greece, Latvia, Germany, Hungary and Slovenia this is the case.

In March 2016, the European Commission wrote a report about geo-blocking practices in ecommerce, a topic that’s of course strongly connected to cross-border retail. “Geo-blocking mainly takes the form of a refusal to deliver abroad. Refusals to accept payment, and, to a lesser extent, re-routing and website access blocks are also used”, the Commission wrote. “While a majority of such geo-blocking results from unilateral business decisions of retailers, geo-blocking may also stem from contractual restrictions in agreements between retailers and suppliers. More than one out of ten retailers reports contractual restrictions to sell across borders.”

The European Commission asked retailers to provide them information about the number of visits to their websites that were made in 2014 from users located in each Member State. The average proportion of visits coming from other EU countries compared to domestic visits is approximately 20 percent. 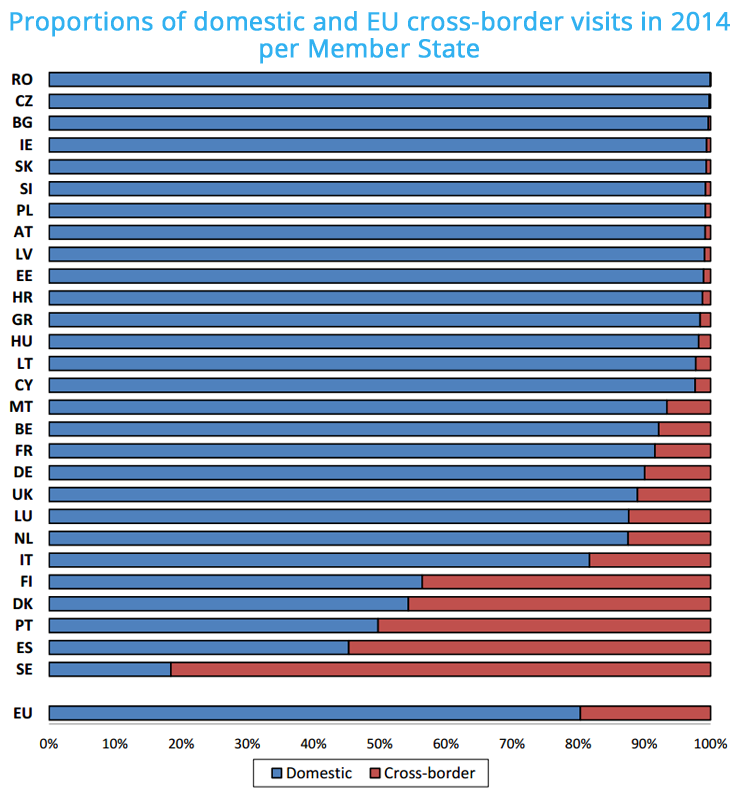 The figure above looks only at visits, but when we dive into the actual purchases, it shows that 55 percent of respondents reported that all their users were located in one country, while 12 percent sold to users located in 26 or more EU countries. On average, the proportion of cross-border purchases is 20 percent. 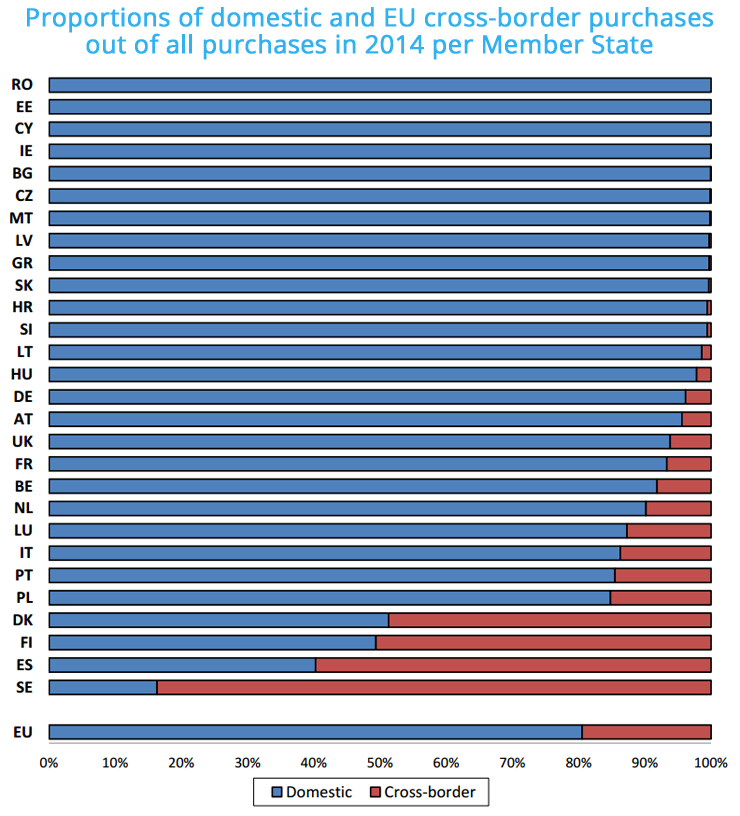 If you want to read more about cross-border ecommerce in Europe, you should check out our cross-border category, which lists all the articles we’ve written about this topic.