Cross-border ecommerce in Russia is booming 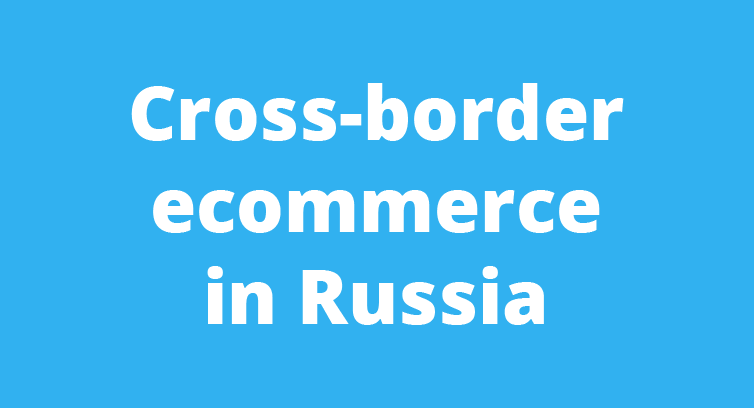 The domestic ecommerce market in Russia increased from 560 billion rubles in 2014 to 650 rubles last year. It now accounts to 2 percent of the total retail industry in Russia, so there is still great growth potential. And while the domestic market is slowing down, cross-border purchases continue to grow rapidly.

About 160 million small packages and parcels were sent to online consumers in Russia last year, which is an increase of 10 percent compared to 2014. The domestic online retail market increased by 16 percent to reach 650 billion rubles, or 7.32 billion euros. The average order value also increased, to an equivalent of 45.6 euros, up from 42.2 euros in 2014, statistics from Data Insight show.

Bus as Internet Retailer puts it, given the ruble’s sharp depreciation, the whole picture looks less positive in dollars: the domestic online retail market size fell to 10.5 billion dollars, down 28 percent from 2014. Still, the ecommerce industry in Russia has a great growth potential ahead, since ecommerce currently accounts for just 2 percent of the total local retail market. 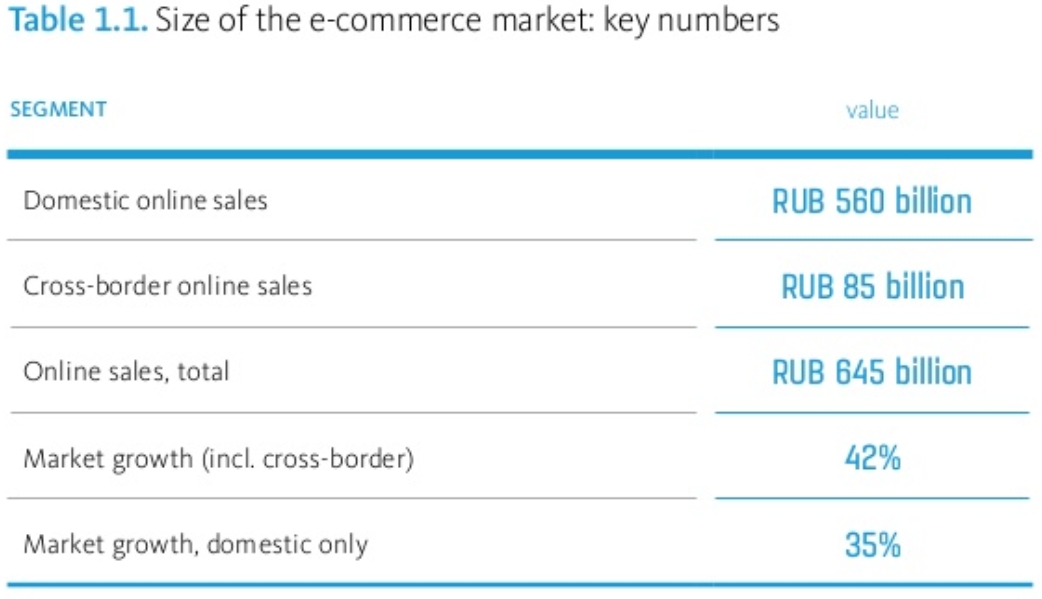 Popular product categories in Russia
In Russia, the fastest-growing categories were sporting goods and leisure items, pet goods, children’s goods, clothing and footwear, as well as groceries. Categories such as consumer electronics, home appliances, cosmetics and perfumes were less in demand than during the previous year.

Cross-border ecommerce in Russia is booming
According to Data Insight, cross-border shopping is the fastest-growing segment of the Russian ecommerce market. In 2014, online shoppers places 47 million orders at foreign ecommerce websites, while receiving 75 million parcels from abroad. (The difference between these two numbers can be explained by orders from websites like Aliexpress or eBay, where they can contain several items from different merchants and thus will be sent in separate packages).

According to the research agency, the growth of cross-border ecommerce in Russia can be explained by a share of internet users who began shopping at foreign online stores, because they couldn’t find what they needed in local online stores.

China, main driver of cross-border ecommerce in Russia
China became the main driver of cross-border ecommerce in 2014, when its share (by number of orders) almost doubled. It went from 45 tot 72 percent in the course of one year. However, the share of the Chinese in the cross-border commerce market turnover is smaller. This is only 55 percent, which can be explained by the fact that the modest average check for orders from China is twice as low as for European ones.

Russian-Chinese ecommerce platform
This week the Russian Economic Development Ministry said the first Russian-Chinese platform for online trading has opened in China. The platform was set up by a Chinese company and access to it will provide an opportunity for Russian manufacturers to offer Chinese consumers their goods “at minimal time and financial losses”.