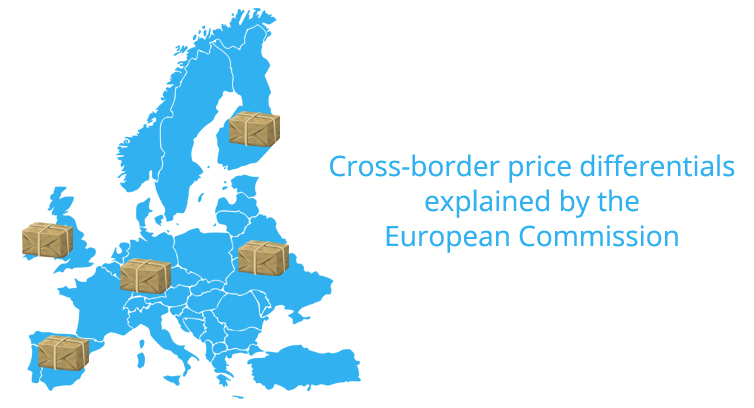 The European Commission is working hard to have a Digital Single Market. But in order to have more online consumers compete ecommerce purchases, one of the things that needs to change is the cross-border parcel delivery. If cross-border ecommerce wants to develop further in Europe, there needs to be done something about the high parcel prices.

This figure displays for each country the difference between the domestic price and a weighted average of the cross-border prices:

It found out that labor costs and, of course, the distance, do have an impact on the price differences, but theirs is just slightly. Other influencing factors are the presence (or absence) of Track and Trace, the weight of the parcel and if a product is premium. Also, zoning strategies don’t affect cross-border price differentials.

Vertical integration better for consumers
The EC also found indirect evidence in favor of their hypothesis that vertical integration decreases cross-border prices. Here’s why: if two operators interconnect for cross-border delivery the inbound operator will set the termination rate above its marginal cost, thereby increasing the ‘input’ price of the sending operator, which leads to higher prices for consumers in the end. But, if both operators are two divisions of one firm, this problem – known as ‘double marginalization’ – no longer exists.

The EC found out that national posts offices charge lower parcel prices to mail products sent to neighboring countries, something it already expected.