Delivery volumes for ecommerce in the UK up 11% in April

June 4, 2015 by Ecommerce News. About Logistics, Statistics with tags The United Kingdom. 2135 views. 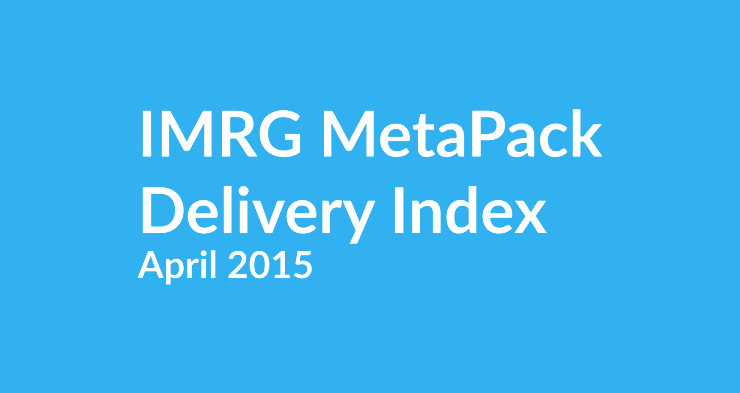 April was a busy month for online retailers in the UK, if you compare it with the same month one year earlier. Online delivery volumes were namely up 11% in April of this year. The growth rate of delivery volumes for ecommerce in the UK year-to-date has now reached 10.9%.

That’s still below the 13% forecast from IMRG and MetaPack, who again published a UK Delivery Index. They say that although the actual growth rate doesn’t meet the forecast, it’s still gradually creeping up as the year progresses. “We would not be surprised to see post-election consumer confidence push this up over the coming months.”

On current performance the two companies expect to see 992 million orders dispatched by British online retailers through UK carriers in 2015. If the 13% forecast is met, this number will probably exceed one billion. “The month of May tends to show a slight increase in order volumes followed by a drop in June and a mini peak in July”, Andrew Starkey, head of e-logistics at IMRG explains.

94% of deliveries were made on-time
Aside from the positive April news, the UK Delivery Index also shows that this year there’s a high rate of on-time delivery. Year-to-date, the percentage of deliveries made on-time is 94%, which means only 6% arrive outside of the expected time-frame. And when we don’t look at those deliveries which are attempted on-time, but with a card left as no one was there to receive the parcel, then 88.7% of deliveries was on-time.

In the United Kingdom, cross-border ecommerce has shown a slight increase during April. Which is actually not that surprising, if you take into account that this month has always shown such an increase the last couple of years. “Cross-border orders no longer follow the growth patterns of previous years, and remain unchanged for the past three months”, the companies say. “The strength of the pound against the euro may be contributing to a reduction in demand from European shoppers.”

Kees de Vos, chief commercial officer at MetaPack, adds to the study results: “Retailers and carriers are collaborating more closely on trying to deliver positive customer experiences every time, everywhere. Another year-on-year increase in monthly delivery volumes indicates how much UK and overseas consumers are comfortable with how the industry will fit into their requirements for receiving orders at home, work or on the move.”

About the IMRG MetaPack UK Delivery Index
For its index the aggregated volumes from a defined and consistent set of more than 220 retailers are used to track the change in parcel and order volumes over time. “No specific figures are provided, but the dataset used averages more than 5 million parcels in any one month and covers cumulatively in excess of 226 million parcels to date.” 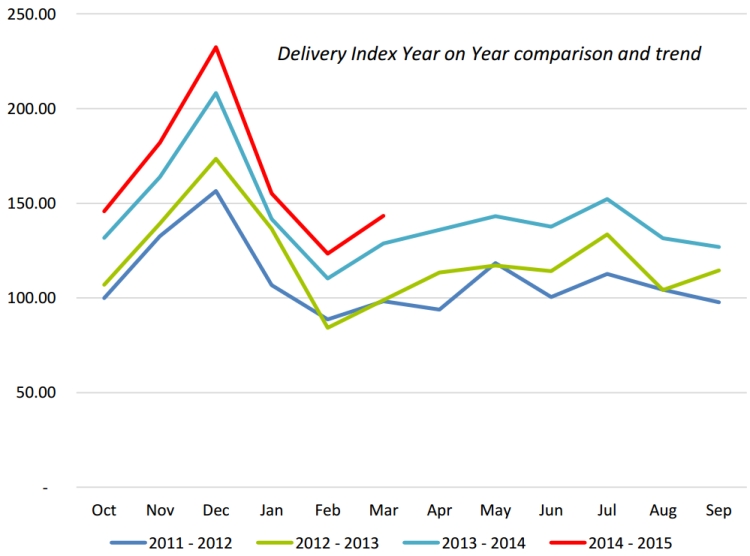