September 2, 2014 by Ecommerce News. About Cross-border, Marketing with tags The Netherlands, The United Kingdom. 2912 views.

Dutch marketing agency Shop2market expands its international focus, opening an office in London. By adding a UK-based team the company is actively looking across the border, since it also has offices in The Netherlands and France. In the UK, Shop2market has clients such as Made.com, Dune London, Bottica and Cotsworld Outdoor.

Shop2market allows online retailers to get in depth insights into their customer’s journey. It also looks into every single ad and accurately assesses its value by using big data. “Although marketing attribution and analytics are being practiced more regularly in the United Kingdom and therefore facing heavier competition from companies such as Kenshoo, C3 Metrics and even Google’s Adometry, Shop2market still believes to bring great added value into the British ecommerce and retail market”, the company states. 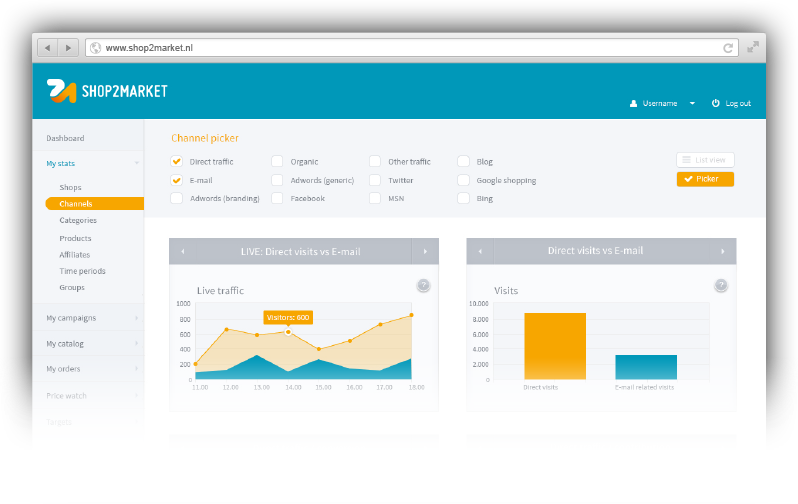 Its cloud app provides actionable insights into the ROI of every single ad across a company’s marketing channels. On its website the company explains that ads can contribute to multiple sales, even if the orders are not assigned to that ad. “The purchase orientation can start with a response to an e-mail newsletter on a mobile phone, continue with a price comparison website on a tablet and conclude with a purchase on a PC. Assisted conversions are all the orders that the ad contributed to on any given device. Shop2market is the only system that tracks assisted orders across multiple devices.”