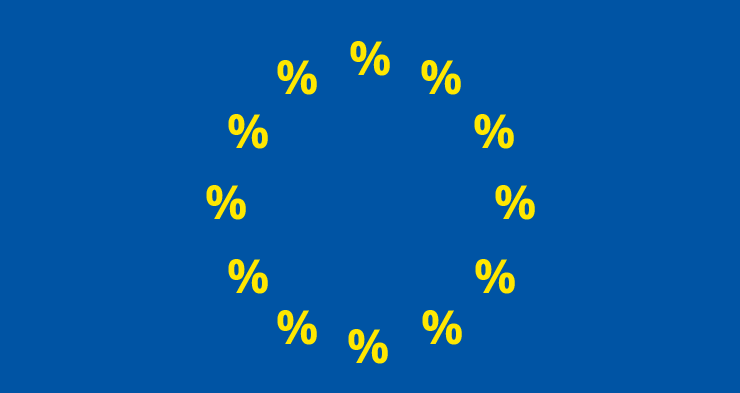 Ecommerce accounts for 15.1% of total sales by European companies

When you look at the total sales of enterprises in the European Union, it shows that ecommerce accounts for 15.1%. When we look at country-level statistics, Ireland is the absolute ecommerce champion, as 52.1% of its total turnover comes from the online sale of products and services.

This is revealed by new data from Eurostat and which the European Commission will present tomorrow. The graph below shows the total electronic sales by enterprises (without the financial sector) that have ten persons employed or more, as a percentage of their total turnover. The dark blue bar shows the turnover from ecommerce in the European Union as a whole, which is 15.1% of the total turnover.

Immediately the bar from Ireland stands out: 52.1% of this country’s total turnover comes from sales via any computer network (web and EDI-type sales). The percentage is also quite high in Czech Republic and Hungary, with respectively 29.3% and 20.2%. The United Kingdom is the first major and matured ecommerce country on the list with a high percentage of total sales originating from online revenue.

In Greece on the other hand, just 2.25% of the country’s total turnover are electronic sales. This is not a surprise, if you know that only 9.19% of Greek enterprises with ten or more persons employed (again, excluding the financial sector) sell goods or services online.

European companies selling online
Eurostat also has a graph showing that particular statistic: the percentage of enterprises using any computer network for sales (the sales realized should represent at least 1% of the total turnover value). In the European Union the percentage is again 15.1%, but on a country-level we do see some differences.

Whereas Hungary showed a high share of ecommerce sales in the first graph, the second graph shows that just 10.3% of Hungarian enterprises sell online. So that means one in ten companies in Hungary sells online, while out of every 5 euros Hungarian companies make as revenue, 1 euro was generated online. Countries with a higher percentage of online-selling enterprises are Czech Republic (26.5%), Denmark (26.4%) and Croatia (26.3%).