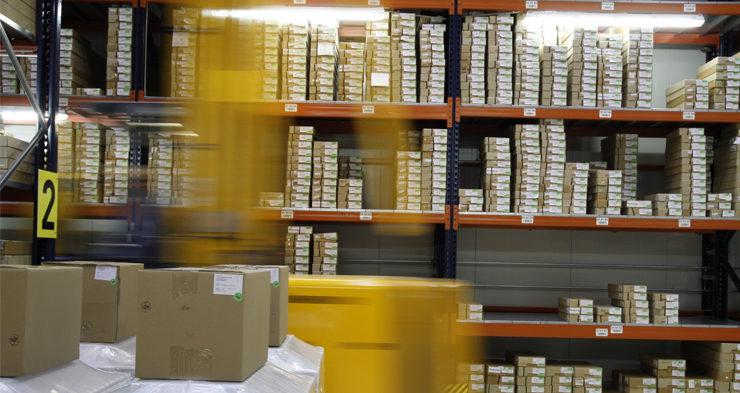 Financial Times writes, based on information from Property Data, that the UK leads the way in Europe, with investments in the sector increasing by 65% to 7.9 billion euros. The strongest proportional increase however, can be found at the UK’s neighboring country Ireland. There, investment in logistical properties rose 7,200 percent to 197 million euros, partly due to Asos opening a 18,000 square meters European hub in Berlin and now looking to double capacity. Other countries in Europe were investment in such property grew astonishingly are Finland (+849% to €1.14bn) and Spain (+273% to €608mn).

UK popular destination for logistics property
The fact the amount of money pumped in European logistics properties grew so hard last year, may also have had something to do with Amazon securing 93,000 square meters of warehousing at Daventry, UK. It’s located in the UK midlands, in Northamptonshire and also called “the golden triangle”. “If you can get your goods to this point here, then your distribution costs are going to be competitive”, the managing director of a local logistics provider once told FT. Also last year, large British retailers like Next, Waitrose and Primark all committed to new warehouses larger than 83,000 square meters.

So the United Kingdom is a very popular destination for online (fashion) retailers looking to get their goods nearby their customers, but on the continent there are also some very popular places. Amazon for example is building five fulfilment centers in Poland and the Czech Republic, while the American retailer expanded its distribution center in Italy in May 2014, so it’s now 70,000 square meters big.

According to the Financial Times, investment was dominated by “out-of-town, supersized fulfilment centres larger than 46,000 sq mtr where products are stored and picked, as well as small parcel delivery centres in dense urban environments.”