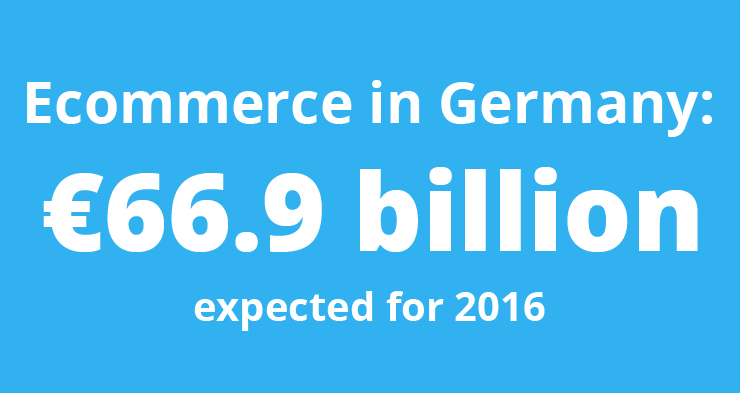 The B2C ecommerce sales in Germany are expected to reach 66.864 billion euros in 2016. After reaching an ecommerce turnover worth 59.7 billion euros last year, predictions are this industry will grow by 12 percent in 2016, to reach 66.9 billion at the end of the year.

According to the organization, which bases its prediction partly on data from BEVH, the German ecommerce industry will increase by 12 percent this year and reach 66.864 billion euros at the end of this year. This would mean the industry will grow slower than it did last year, when it grew 13.3 percent. 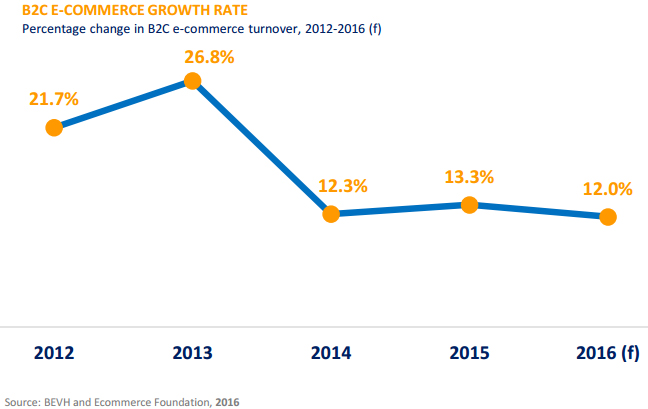 ‘Digital and local trade should complement each other’

Andreas Arlt, who is the federal chairman of the board at Händlerbund, thinks the regional trade in Germany is under radical change, with more and more customers shopping online. “The local business has realized the importance of online and the need of adaption in order to remain competitive. However, digital and local trade are not mutually exclusive but should rather complement each other thanks to new digitization strategies and technical solutions”, he says. 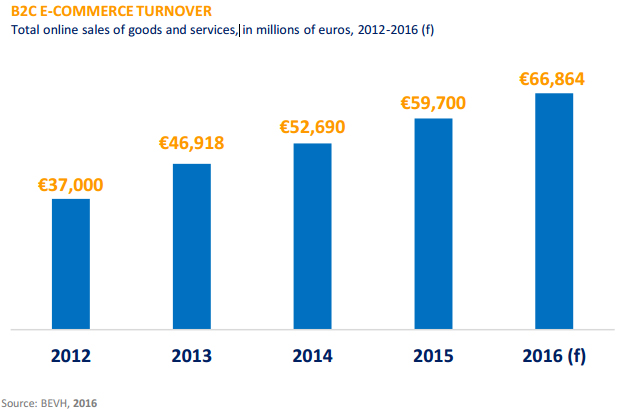 ‘Consumers don’t care much about same-day-delivery’

In the full report, which can be ordered for 95 euros, Kai Schotten from Asendia Germany also has something to say about the local ecommerce industry. About the latest logistical development in Germany, he says: “Some ecommerce companies are piloting same-day delivery in Germany, underlining the trend of more rapid delivery times. However, I think this is more about companies trying to differentiate themselves from the competition than a service that consumers are requesting. In the future, demand for services such as click and collect and pre-booked time slot delivery will grow.”