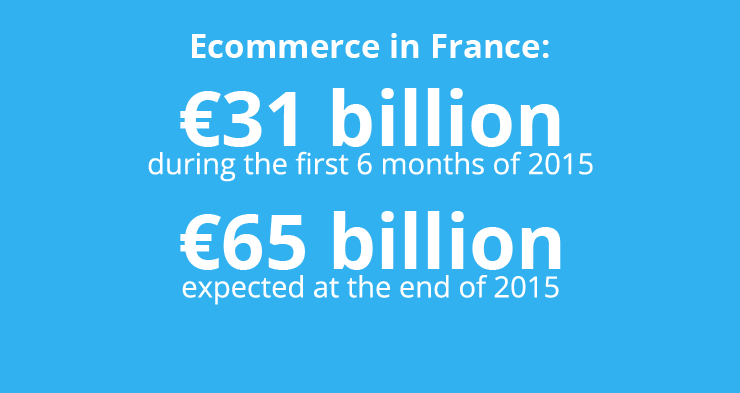 Ecommerce in France estimated to reach €65bn in 2015

These data come from the French ecommerce association Fevad, as Reuters writes. The growth in ecommerce sales is said to be driven by a growing number of mobile transactions and the rise of web-based marketplaces and C2C platforms. During the first half of last year, ecommerce in France increased by 10.5 percent, but this year sales increased by 15 percent. That’s why Fevad has changed its expectations. Instead of 60 billion euros, the ecommerce association thinks ecommerce in France could reach 65 billion euros at the end of this year.

Online retail sales happening on online marketplaces have increased by 58 percent during the second quarter of this year. Meanwhile, sales made using smartphones and tablets rose 43 percent. It’s these developments, as well as the expansion of consumer-to-consumer platforms like ride sharing website BlaBlaCar or home rental service Airbnb, which helped push online retail sales in France. Also, click and collect services helped the industry showing the biggest growth since the last three years.

167,650 ecommerce sites in France
Fevad took a look at the number of ecommerce websites in France and estimates there were about 167,650 online stores at the end of June, which is increase of 14 percent compared to the same period one year ago. Estimates are this number will further increase to reach 180,000 by the end of the year.