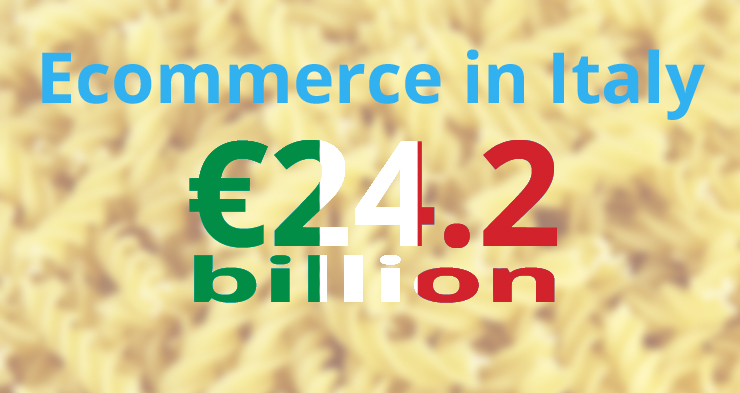 The ecommerce industry in Italy was worth approximately 24.2 billion euros in 2014, which means an overall increase of 8% compared to 2013. Marketplaces and foreign players are positioning themselves in the Italian market and seem responsible for the transformation that’s noticeable now.

This is the main conclusion from the ninth edition of the conference Ecommerce in Italia 2015 that was held yesterday at the Chamber of Commerce of Milan. Together with the event, Casaleggio Associati published a study on the Italian ecommerce sector. In this comprehensive document, it says the ecommerce industry has transformed profoundly in 2014, by maintaing an enviable growth for a country that’s used to seeing its GDP decrease. 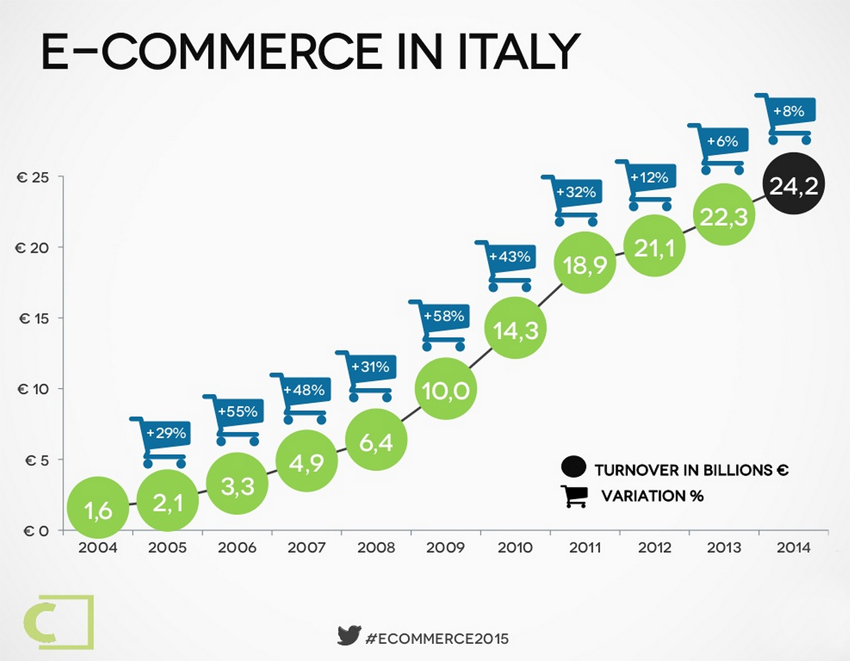 Italians are cautiously optimistic
“However, the 8% growth is still very limited when you consider that markets such as the British one is worth ten times that and still continue to have a similar growth rate, or the fact the global ecommerce industry is expected to grow by 20.9% and will reach 1.6 trillion dollars by the end of this year.”

The researchers go on by saying marketplaces and foreign players have positioned themselves in the Italian ecommerce market and are responsible for the transformation we’ve seen now. “Italian online merchants, particularly in the area of consumer electronics and the publishing industry, are leaving room for economies of scale they can not fight.” 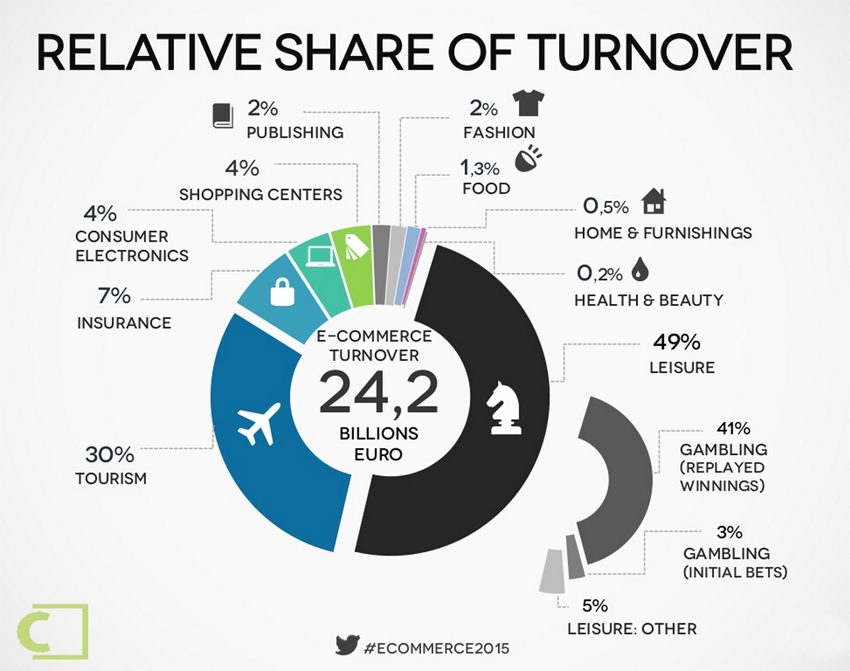 Better logistics should boost ecommerce in Italy
According to Casaleggio Associati, Italian online retailers will have to figure out how the make the most of the new situation; they could use the cumbersome marketplaces to expand their sales abroad. “And with regards to the domestic market: we are likely to import new logistics models that will enable us to get orders more quickly to the customers, such as deliveries within one hour that we’ve already seen in some US cities.”

The study continues by saying that some new European regulations will create additional costs for retailers, but “in general it should improve the experience of customer sales and facilitate sales abroad.” It has positive expectations of the fashion industry. “It will emerge as one of the fastest growing sectors, with the entry of all major brands and the competition launched by online retailers from elsewhere in Europe.”