April 28, 2014 by Ecommerce News. About Statistics with tags Russia.

The online retail industry in Russia was worth 9.41 billion euros in 2013, which corresponds to a 34% increase on 2012. According to recent research, this growth will continue, taking the annual ecommerce revenue in Russia to more than 20.34 billion euros by 2016.

The report got published by InSales, a company that gives clients the opportunity to start online stores using their ecommerce platform. The company also looked at the most popular product categories. It seems that Russians like to shop online looking for electronics and household appliances, as this sector accounts for 22.8% of the total online retail industry in Russia. Clothes and shoes are also popular (16.3%), followed by computers and laptops (11.9%). 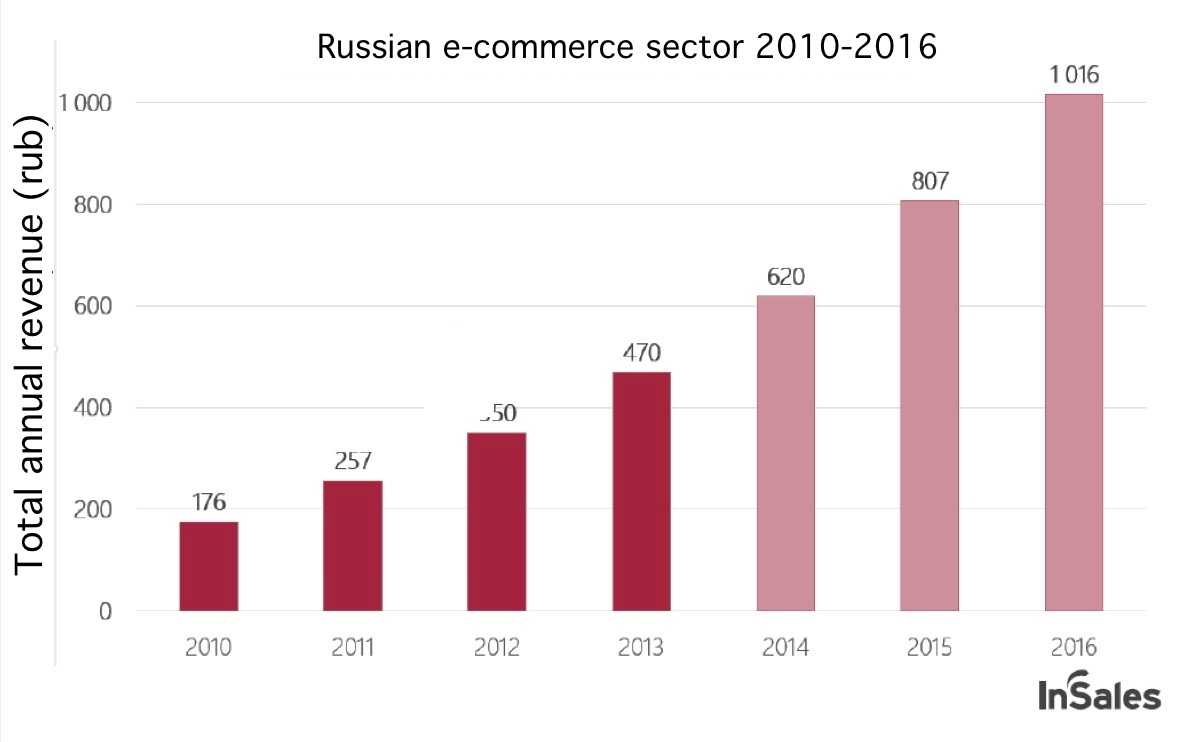 Car parts very popular in Russia
A very typical thing about the Russian ecommerce industry is that car parts are very hot (5.5%), more popular than mobile phones, furniture or office goods. When looking at the five most popular product categories, car parts is the fastest growing sector with an increased revenue of 43%. Not the fastest of all, as the online revenue of pet products grew by 95% in 2013. 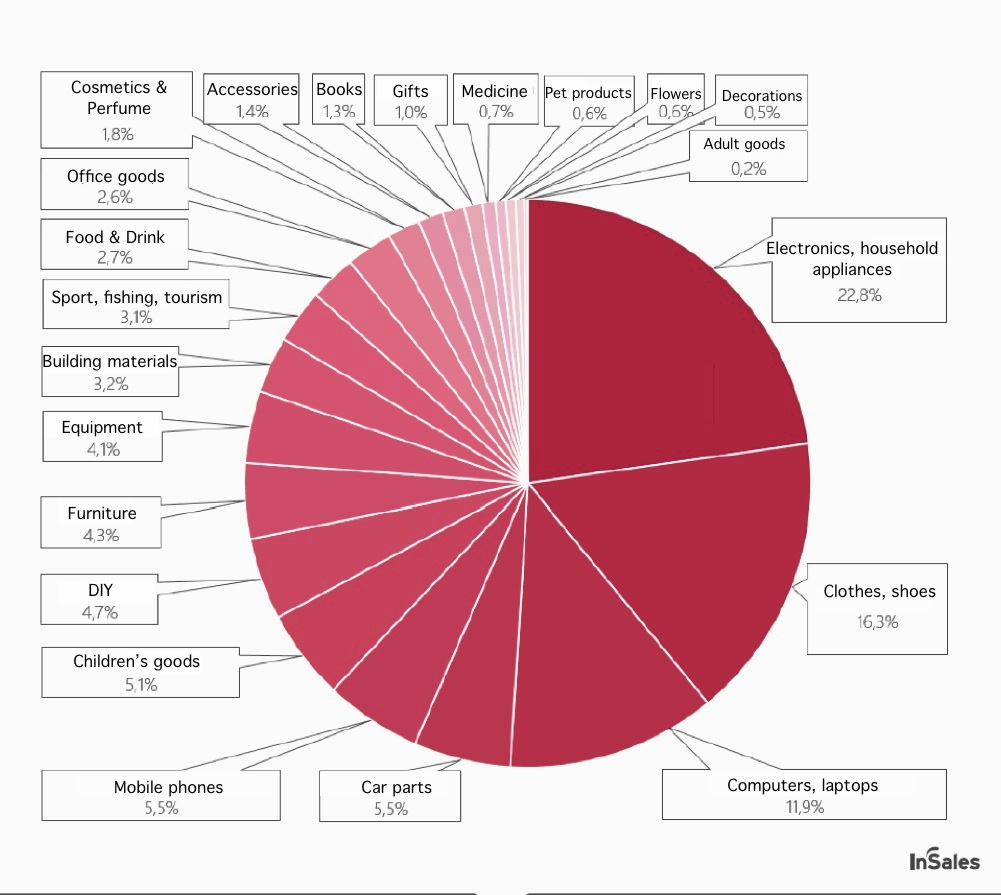 Don’t make the mistake thinking ecommerce in Russia is all over the country; most of the online revenue still comes from the capital, Moscow. Other popular regions are the Volga Region, Siberia and the Ural Region. Which 41% coming from Moscow and 9% coming from St. Petersburg, you could say half of Russian online retail spending comes from the two biggest cities. But at the same time 90% of Russia’s population lives outside of these two cities, so there’s still enough room of growth.

There’s also an unfair balance noticeable when you look at the online revenue per retailer. There are just 40(!) retailers – each selling more than a thousand items per day – who bring in more than a quarter of total revenue. But these huge retailers are mostly local players, there’s no Amazon or eBay to be found in the top list of online retailers in Russia. (Translation on images by Rusbase.com.)