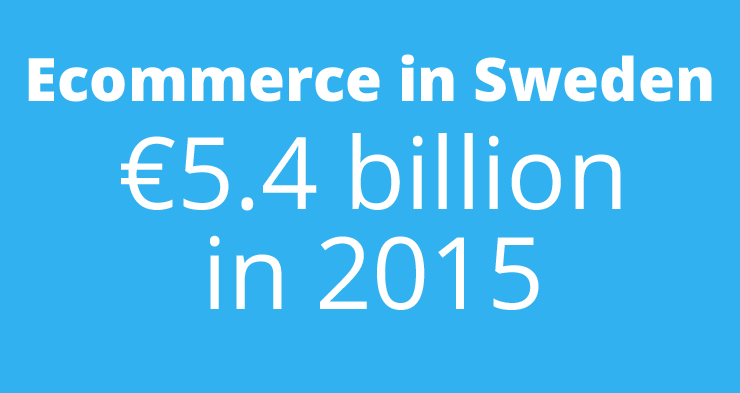 The online trading of goods and services in Sweden is growing at a tremendous rate. During the first quarter of this year, ecommerce in Sweden grew by 19 percent when you compare it with the same period last year. The forecast is that ecommerce in Sweden will reach a turnover of 50 billion Swedish kronor, or 5.42 billion euros, by the end of this year.

With this expected turnover, ecommerce will account for 7 percent of the total retail industry in Sweden. This is apparent from the “E-barometern för Q1 2015“, published by PostNord in cooperation with Svensk Digital Handel and HUI Research.

Fast growing product categories in Swedish ecommerce
During the first quarter of this year 74% of the Swedes bought something online. Most growth can be found in the food sector, which increased by 46% during this period. Other fast growing categories are Baby & Toys (42%), DIY & Garden (32%) and Home decoration & Furniture (27%).

Although food shows the biggest growth, it’s of course not the biggest product category in the Swedish ecommerce industry. Books and media were bought by 43% of the respondents, while clothing and shoes (39%), cosmetics (29%) and consumer electronics (27%) were also popular. 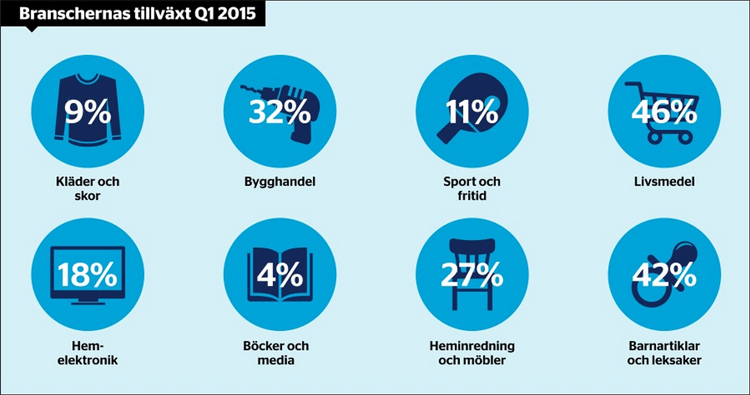 Shopping from abroad
The value of goods and services bought online from outside Sweden has decreased during the first three months of this year. Now it’s 18% of Swedish e-commerce consumption that was from overseas. The study also shows that 24% of the Swedish online consumers bought something from abroad in the first quarter of this year. The most popular countries to shop from are The United Kingdom, China, the United States and Germany.

Used devices while shopping online
The laptop is the most commonly used device for Swedes who shop online. It’s being used by 51%, while the desktop pc is used by slightly more than one in three (36%). Mobile devices are being used by 32% of the respondents; 21% uses a tablet, while 17% orders online using their smartphone.

Webrooming and showrooming
PostNord also asked the respondents about their research: 31% said they did research online before they bought something in a physical store (webrooming). But 15% said they looked at products in store before they decided to buy them online, which is called showrooming.

Click & Collect is a dominant factor in the Swedish ecommerce delivery. More than half of respondents (56%) picked up their online order at a delivery point, while 3% collected it in the phsyical store. Only 1% picked up their order at an unmanned locker service. 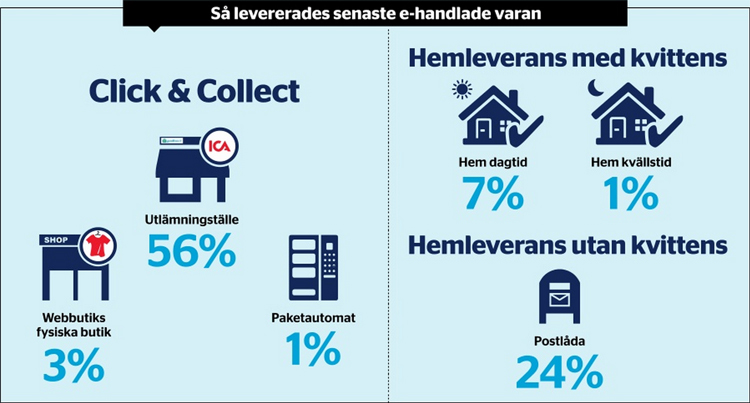