Ecommerce in Switzerland is worth 6.7 billion euros in 2014

December 4, 2014 by Ecommerce News. About Statistics with tags Switzerland. 10764 views.

A recent study on Swiss ecommerce shows that in Switzerland, an online shopper spends an annual average of 1,600 euro, purchasing mainly clothes, transport and books. The total value of ecommerce purchases was about 8,1 billion Swiss Franc, which corresponds to 6,7 billion euros.

They study also Amazon and eBay were the most highly regarded operators, especially for the categories of fashion/clothing and travel/tourism. These sites account for more than a third (36%) of the total market value in Switzerland! 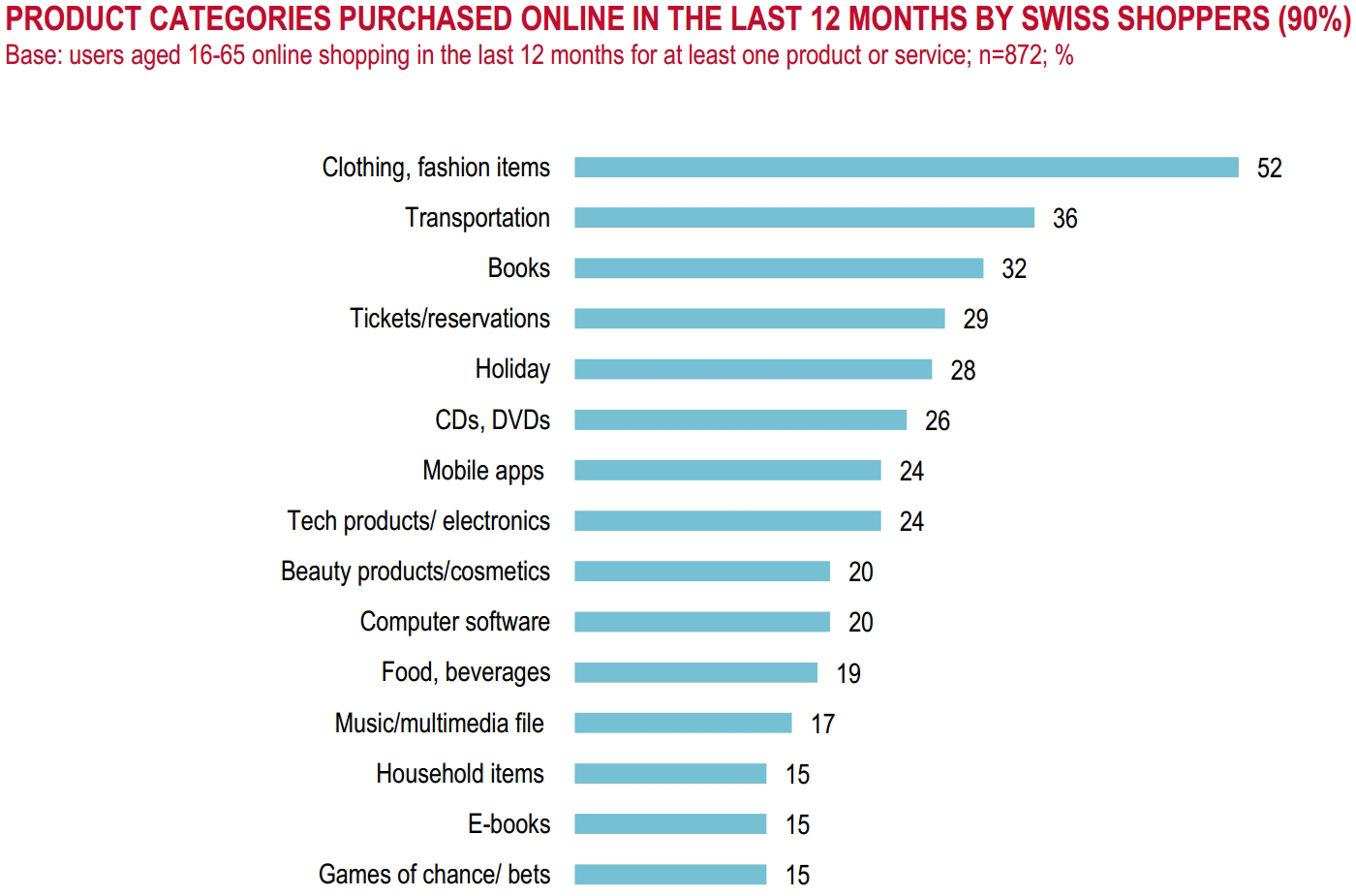 Cross-border popular in Swiss ecommerce
During the last twelve months, almost two-thirds (62%) of online shoppers in Switzerland bought something on foreign sites. When Swiss shoppers buy online cross-border, they make purchases mostly from Germany, followed by France and the US. And Swiss cross-border shoppers generally spend more, around 2077 euro, which is 28% more compared to average annual online spending in Switzerland. 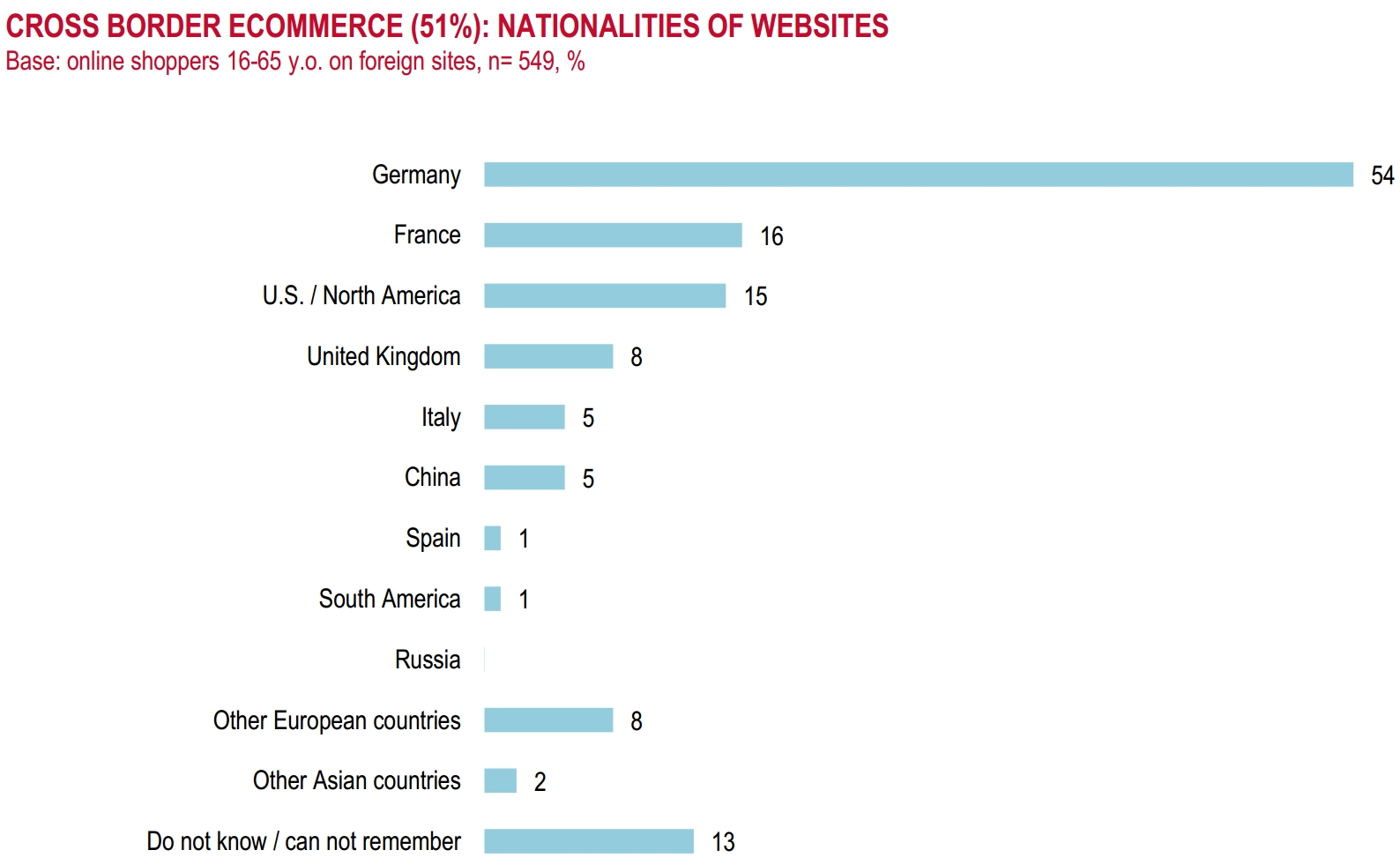 According to the study, 4% of Swiss online shoppers used exclusively foreign sites to shop online. On the other hand, 38% made purchases only on domestic websites. Altogether, almost all regular Internet users (90%) have made an online purchase over a 12-month period.

The percentage of online shoppers in Switzerland was under 50% back in 2010, but it grew significantly, even passing Germany and France: 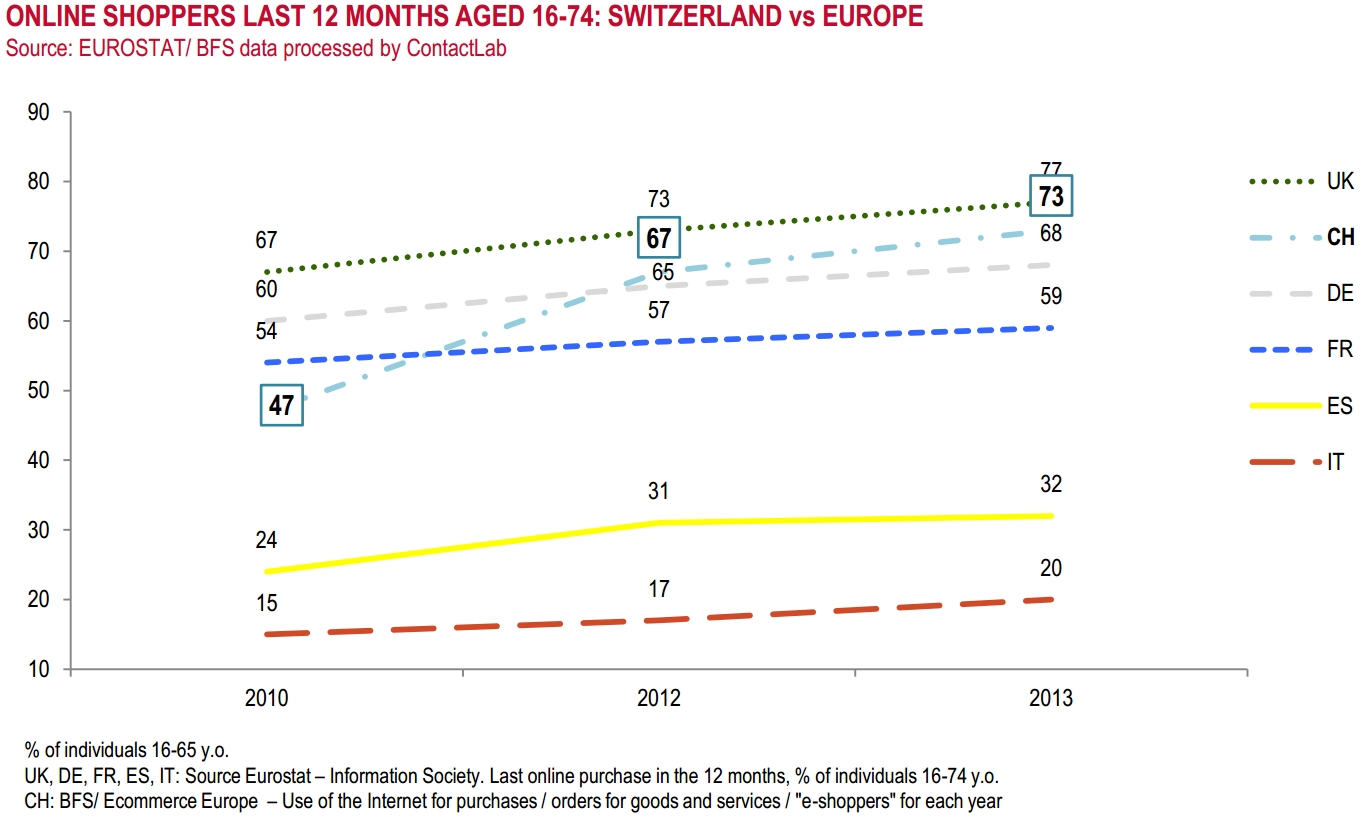 Smartphone use in Switzerland
About 55% of the people surveyed is a smartphone users. And of those smartphone owners, 9% uses this device weekly for online shopping, while 47% does this less often. And 44% has never shopped online using his or her smartphone. For tablet users (33% of all respondents) the percentages are: 16% (weekly), 49% (less often) and 35% (has never done this).

NetComm Suisse also asked the respondents whether they users their smartphones in-store, for example to look for product information or to compare prices. About four in ten smartphone users did this often or sometimes. This percentage is higher than those in Italy, but lower than in the other big ecommerce countries, the UK (61%), Germany (53%), France (52%) and Spain (41%).

Preferred payment methods
Respondents also got the question what payment methods they prefer when paying online. It seems that Swiss online consumers prefer to pay by invoice, followed by standard credit card and PayPal. An online bank transfer is also a popular payment method in Switzerland.

Reasons for (not) shopping online
Online shoppers were also being asked: “What are for you the most important considerations when you shop online or are planning to shop online instead of at physical stores?” For most people, it’s because shopping online saves them time, they can shop at any time and they are able to compare prices. Reasons to not buy online are they prefer to check the quality of the product in person and get advice from a trusted vendor, they think costs of shipping are too high or they just prefer to pay in cash. 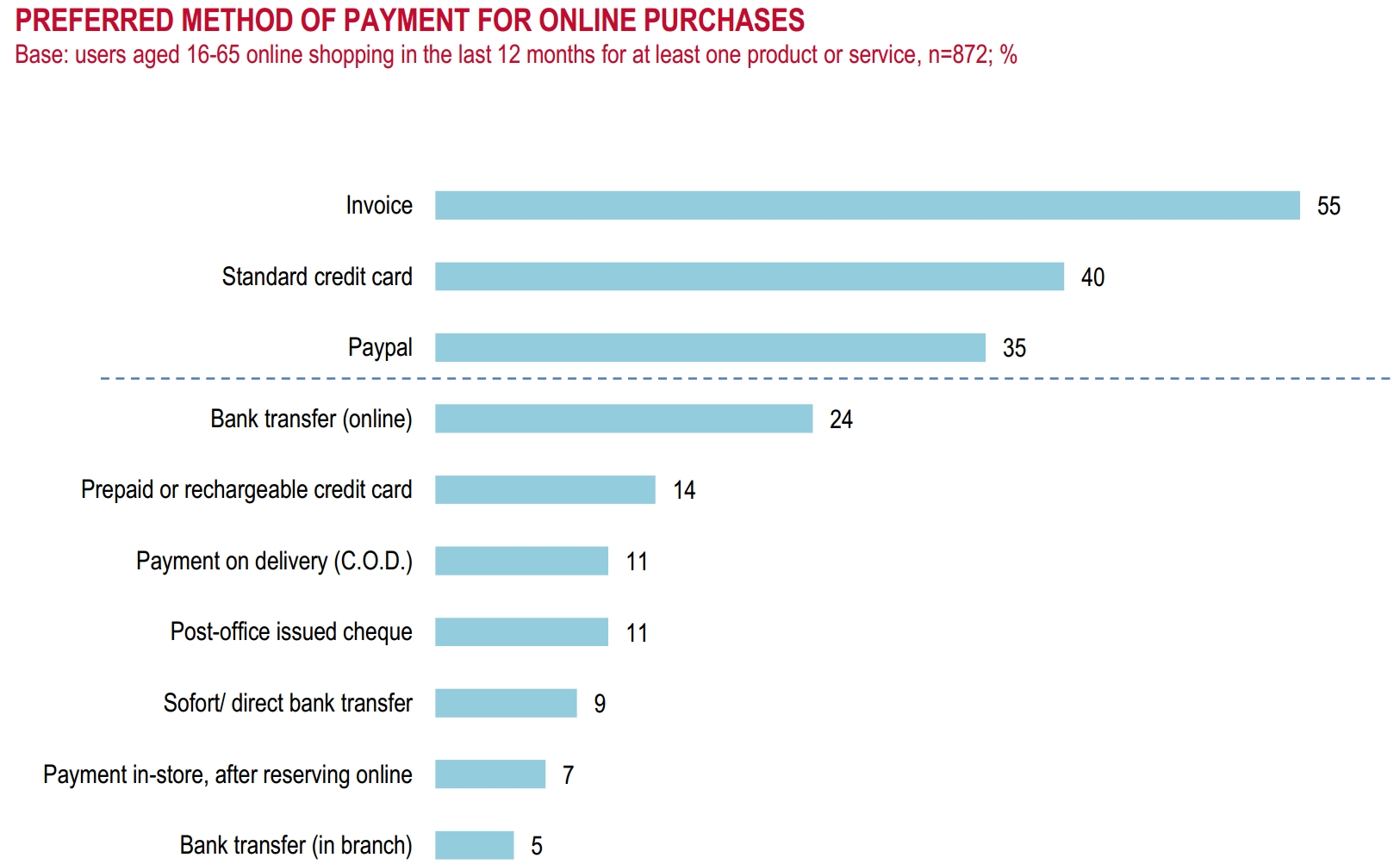