Swedish website Breakit spoke with Robin Mellstrand, who’s the CEO and co-founder of Loop54. He told the expansion has already started as a direct result of the capital raise. “We had four employees two weeks ago, but today we already have seven, so we are growing fast now”, he says.

More precise searches on ecommerce sites
Loop54‘s unique selling point is its algorithm that allows more precise searches on ecommerce sites. And when customers can find the products they want more easily, this will increase sales. At least, that’s what Loop54 pitches when they talk to online retailers. When consumers look for something online, they often use different words for the same products. But most search engines don’t look for all these different words. Loop54 does, as it explains with this example: 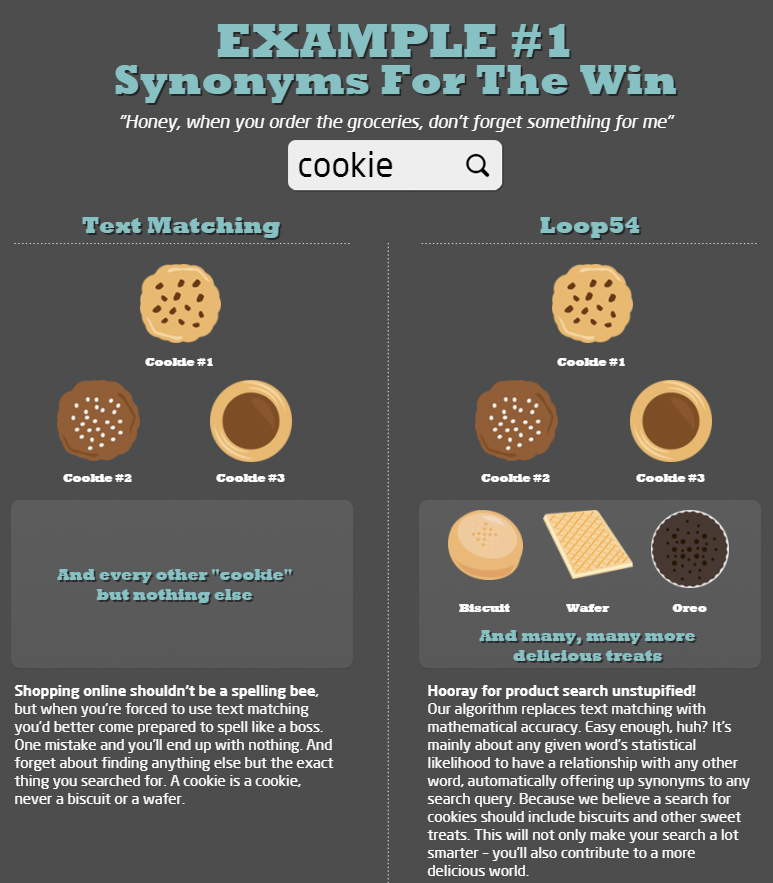 Sales are expected to double this year
Breakit writes that one year, Mellstrand and the rest of the team behind Loop54 said no to external financing. And now they have received more than half a million euros. “We felt not quite ready back then. But now we have a product that fully works and we also have some big clients. One year ago, we were accelerating and not showing just organic growth”, he explains. Mellstrands expects sales this year will double to nearly 7 million kronor (about 750.000 euros).

The founders of Loop54 will keep a mjority shareholding in the company and are now aiming to expand on an international scale during the next 18 months. “Stockholm and Sweden are just not enough for us. Now we will show that our product does not only hold in our home country, but also abroad”, Mellstrand says. “The next step will be to further scale up our operations, and then we also need to make a round of financing.”

About Loop54
Loop54 is a search engine designed for ecommerce sites. It was founded in 2010 and has its office in Stockholm. Customers include Coop.se, Telia, Siba, eleven.se and Office Depot.