Ecommerce in Sweden continues to grow on almost all fronts. This year, it’s expected the online industry will be worth 109.5 billion Swedish kronor, or 11.5 billion euros. This would be an increase of 9 percent compared to last year.

This was measures by online payment provider Dibs, which annually examines the Swedish ecommerce market for six years now. “The total turnover of this industry is becoming as big as the restaurant industry”, says CEO Daniel Larsson. “The driving behind this growth are the still-changing consumption patterns with regards to purchasing goods, as well as an increased number of services that are now purchased or paid for online. And of course, the continued good economy in Sweden is contributing as well”, he explains. 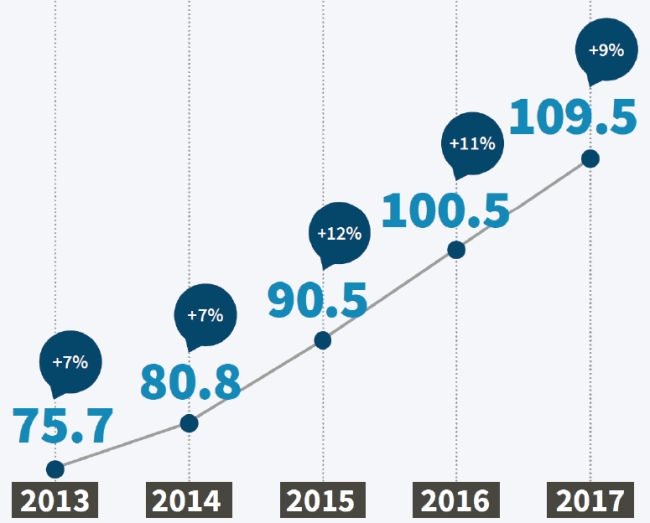 In four years’ time, ecommerce in Sweden have increased by 45 percent, from almost 8 billion euros in 2013 to over 11.5 billion euros this year. But the numbers from Dibs are quite different from the data released by PostNord in its annual E-barometer. In September last year, the postal service said the ecommerce industry in Sweden was worth 50.1 billion Swedish kronor in 2015 and would be worth 58.1 billion (or 6.1 billion euros) in 2016.

More interesting statistics about ecommerce in Sweden can be found on our country page.