HMV, an entertainment retailer that operates in the United Kingdom and Ireland, is about to launch an official ecommerce website. This will allow consumers to buy online from the company ever since it financially collapsed two years ago.

According to The Telegraph, HMV will be ready to offer the new online store within weeks. The company already soft launched an ecommerce site in Ireland last year, but until now the British website has been run in the style of a music blog. “We are careful that we don’t want to overcook it, but there is a large potential for the UK website to lift the business”, Paul McGowan, chief executive of Hilco and HMV, said.

With HMV planning a digital comeback, it will be the next stage of the retailer’s revival after it overtook Amazon as Britain’s biggest seller of physical music earlier this year. A milestone they were happy to celebrate, after the company collapsed under 240 million euros of debts in January 2013, threatening the close of 223 stores and more than 4,000 jobs.

After the collapse, HMV was acquired by Hilco and it’s now back in profit. The British retailer also has plans to open six more stores in the United Kingdom and ten in Ireland.

About HMV
HMV stands for His Master’s Voice, which is the title of a painting. A silhouette of this painting, containing a dog listing to a phonograph, was used as the company’s logo. 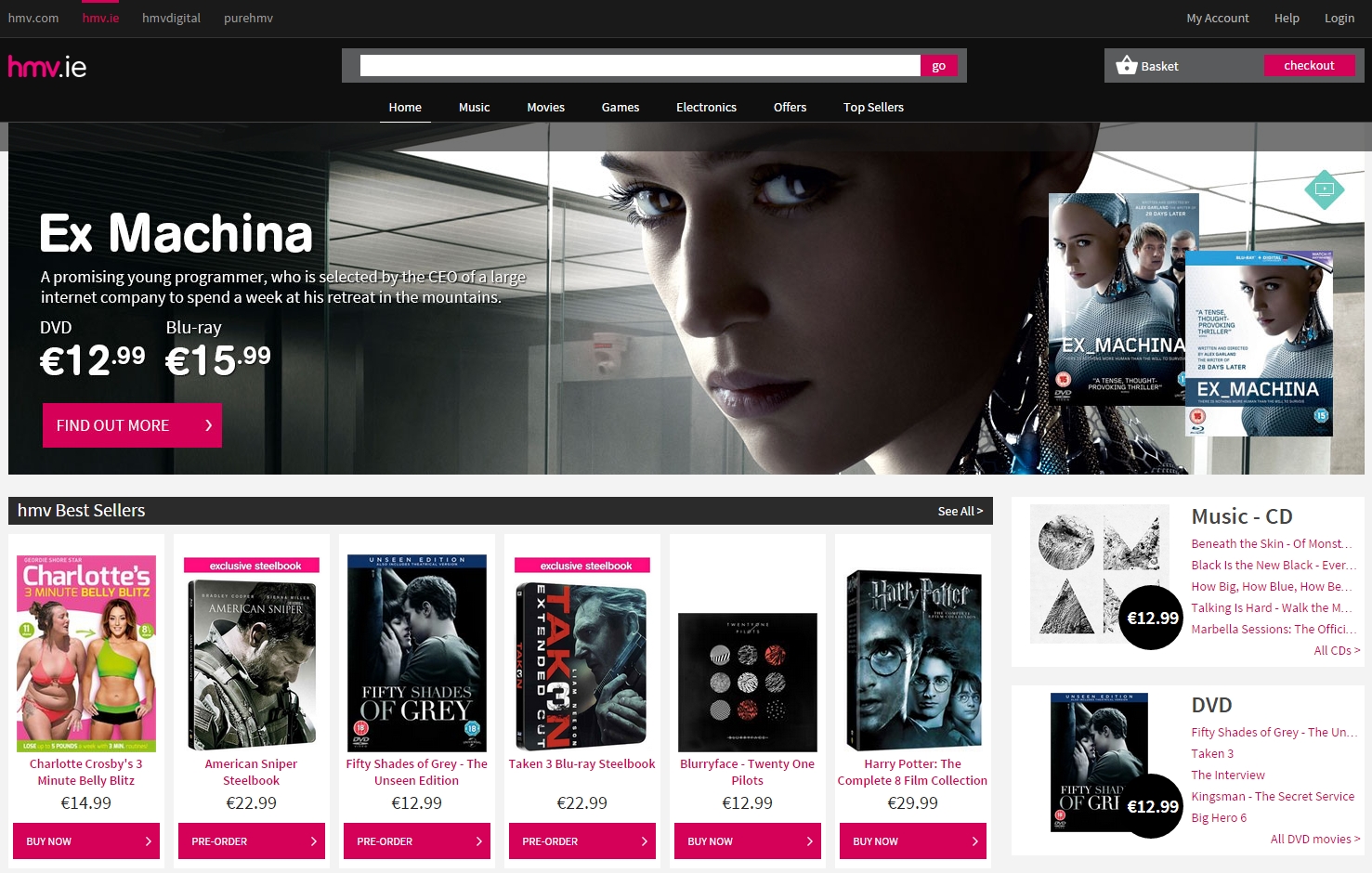