June 17, 2014 by Ecommerce News. About Statistics with tags Europe.

This is apparent from the European B2C E-commerce Report 2014, which was published today, during the Global E-Commerce Summit in Barcelona. “The growth forecast is enabled through the higher spending per e-shopper in mature countries as well as through an increase in the number of e-consumers in emerging countries”, Wijnand Jongen, Chairman of Ecommerce Europe’s Executive Committee, says.

The Big Three in European ecommerce
Of course, the countries with the highest ecommerce turnover were once again the United Kingdom (€107.1bn in 2013), Germany (€63.4bn) and France (€51.1bn). Together, these three countries represents 61% of the total B2C ecommerce sector in Europe. Other mature ecommerce countries with big turnover are Austria (€11bn) and the Netherlands (€10.6bn). When looking at the emerging ecommerce countries, the top list consists of Russia (€15.5bn), Spain (€14.4bn), Italy (€11.3bn) and Poland (€5.2bn).

The total Gross Domestic Product in Europe is estimated to have reached 16.4 trillion euros in 2013 and Ecommerce Europe estimates the share of the European B2C Internet economy at 2.2%. This percentage is probably to doubly by 2016 and to triple by 2020. 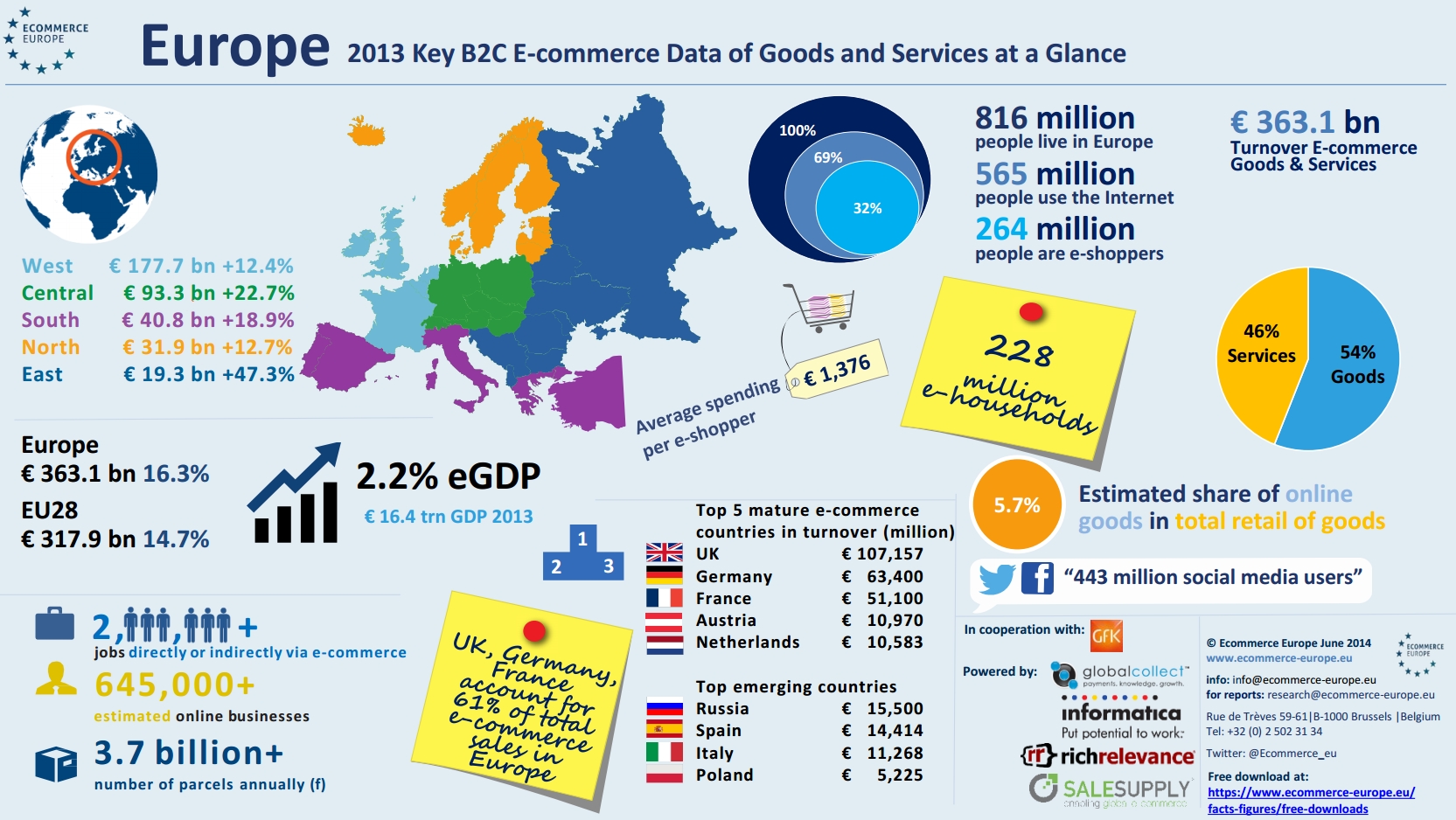