Fill out this survey on ecommerce sales bans

Choice in eCommerce has posted online a survey on sales bans in ecommerce. This initiative, founded in April 2013, wants to acts as an intermediary between manufacturers, marketplaces and sellers. With the survey, Choice in eCommerce wants to know how restrictions and bans affect online sellers and consumers.

In an interview with WebRetailer, Choice in eCommerce founder Oliver Prothmann explained how he, and many members of the seller community, “have become increasingly concerned by the negative impact of platform bans, especially on small and medium-sized sellers.” According to him, bans can make retailers go out of business or, in the case of a brick and mortar business, block a major and low cost sales channel. “These bans also damage innovation.”

So if you ever encountered a manufacturer who banned you from selling your stuff or who restricted how you could sell them, then you should fill out the survey. It will only cost you a couple of minutes, but with your help, Choice in eCommerce will get more insight into the situation and possible solutions.

It’s the first Europe-wide survey on online-trade sales bans and results will be highlighted in the media. The survey, consisting of 20 questions, is already running in Germany, the United Kingdom, France and Italy. 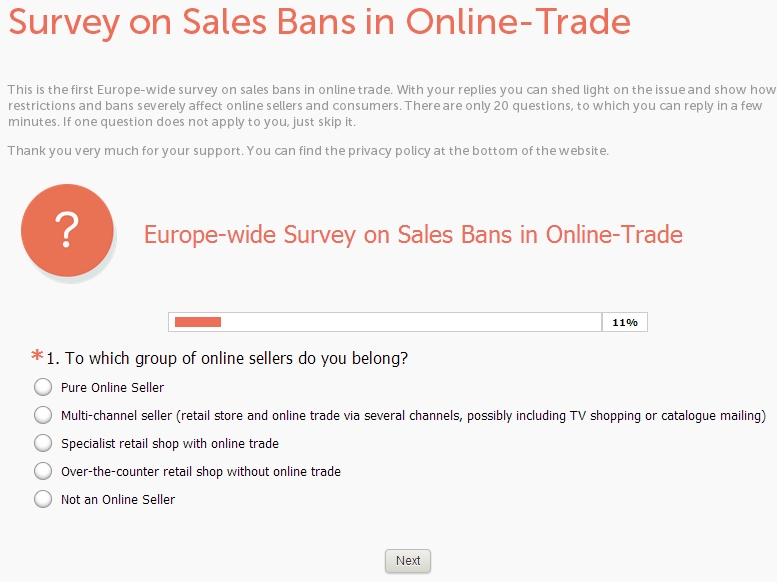