Geo-blocking is widespread throughout Europe 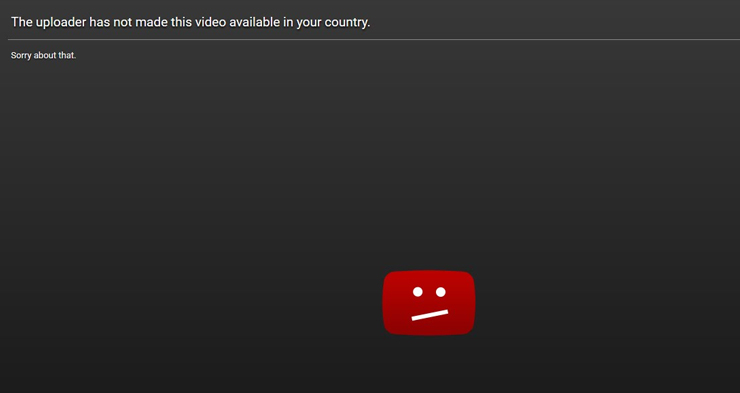 Geo-blocking is sometimes due to companies deciding they don’t want to sell abroad, but also because contractual barriers are set up by companies who want to prevent consumers from shopping online across borders. That’s what the European Commission said in a press release it sent out. The Commission gathered information about geo-blocking as part of its ongoing antitrust sector inquiry into the ecommerce sector, which it launched in May last year.And the results aren’t that positive: 38 percent of retailers selling consumer goods and 68 percent of digital content providers replied they geo-block consumers who are located in another EU country.

‘Geo-blocking due to agreements? Then we need to take a closer look’
“Not only does geo-blocking frequently prevent European consumers from buying from another EU country, but some of that geo-blocking is the result of restrictions in agreements between suppliers and distributors”, Margrethe Vestager, Commissioner in charge of competition policy, explains. “Where a non-dominant company decides unilaterally not to sell abroad, that is not an issue for competition law. But where geo-blocking occurs due to agreements, we need to take a close look whether there is anti-competitive behavior, which can be addressed by EU competition tools”, she says.

As said, almost four out of ten responding retailers selling consumer goods geo-block online shoppers from other countries. Mostly it’s because these retailers refuse to deliver abroad. Refusals to accept foreign payment methods, and, to a lesser extent, re-routing and website access blocks are also used. Most of such geo-blocking is the result of a unilateral business decision, but still 12 percent of retailers say contractual restrictions won’t let them sell cross-border for at least one product category they offer. With regards to digital content, 68 percent of providers geo-block users, with 59 percent indicating they are contractually required by suppliers to do this.

Respondents that have a contractual restriction to sell cross-border for each product category: