Germany’s phenomenal 7-1 victory over Brazil during the semifinal of the World Cup 2014 of course made many Germans very happy. But we’re wondering if this also counts for some retailers, who initially thought they offered a fun promotion, promising customers a discount for every goal scored. Seven German goals made up for some pretty business-damaging discounts…

One of the many German online retailers who offered a discount for its customers was Smarteyes. The optician offered a discount of 10% for every goal Germany would score. As a result, one could pay just 150 euros for varifocals, which normally costs about 500 euros. 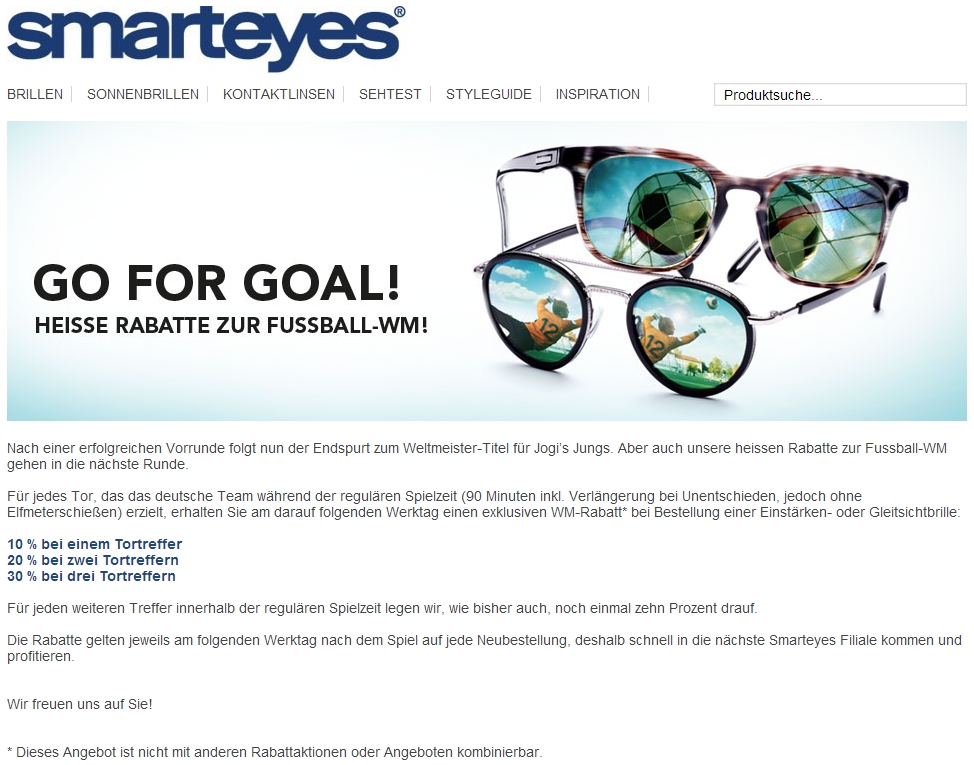 Online retailer Schneekoppe also offered a 10% discount for every goal Germany would score. But this shop was smart enough to put a limit of 60% on the maximum discount a customer could get. 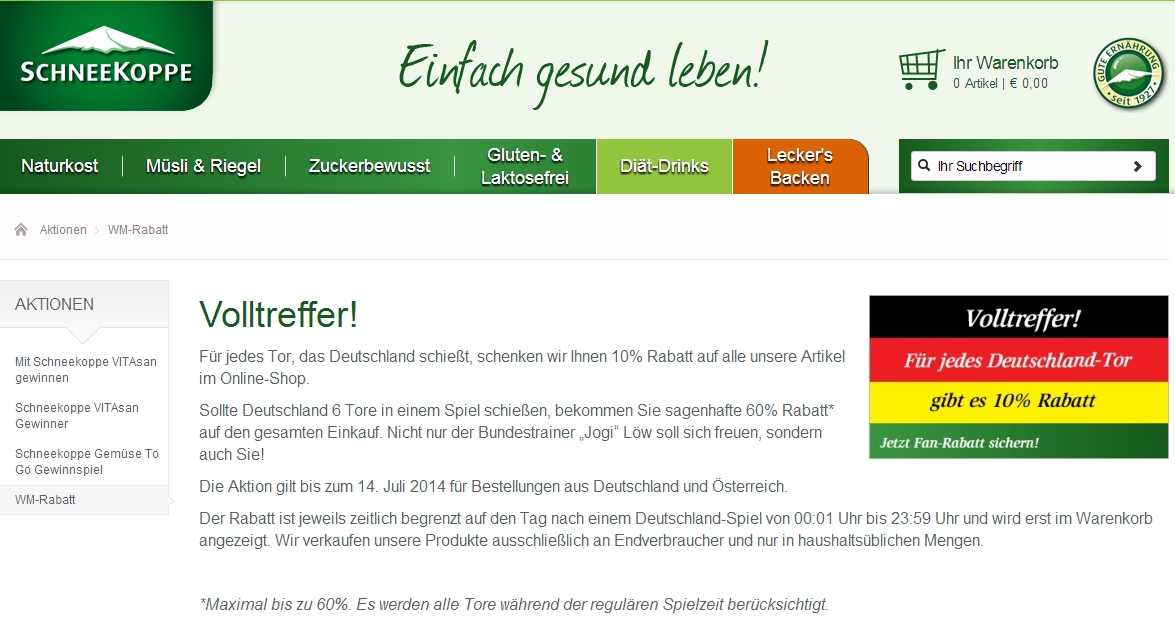 “Ehm, it’s a software error, really!”
And then there’s KFZTeile24.de , an online seller of car parts. The retailer promised a 5% discount for every goal the Mannschaft would score against Brazil. So far so good, but the night after the game (in Germany, the game ended around midnight) suddenly the product prices in the shop rose. “A software error”, KFZTeile24.de responded, but there’s absolutely no one who believes that. One could see the prices have changed by comparing these two screenshots [1, 2] or look at the sum of selected products on this screenshot: 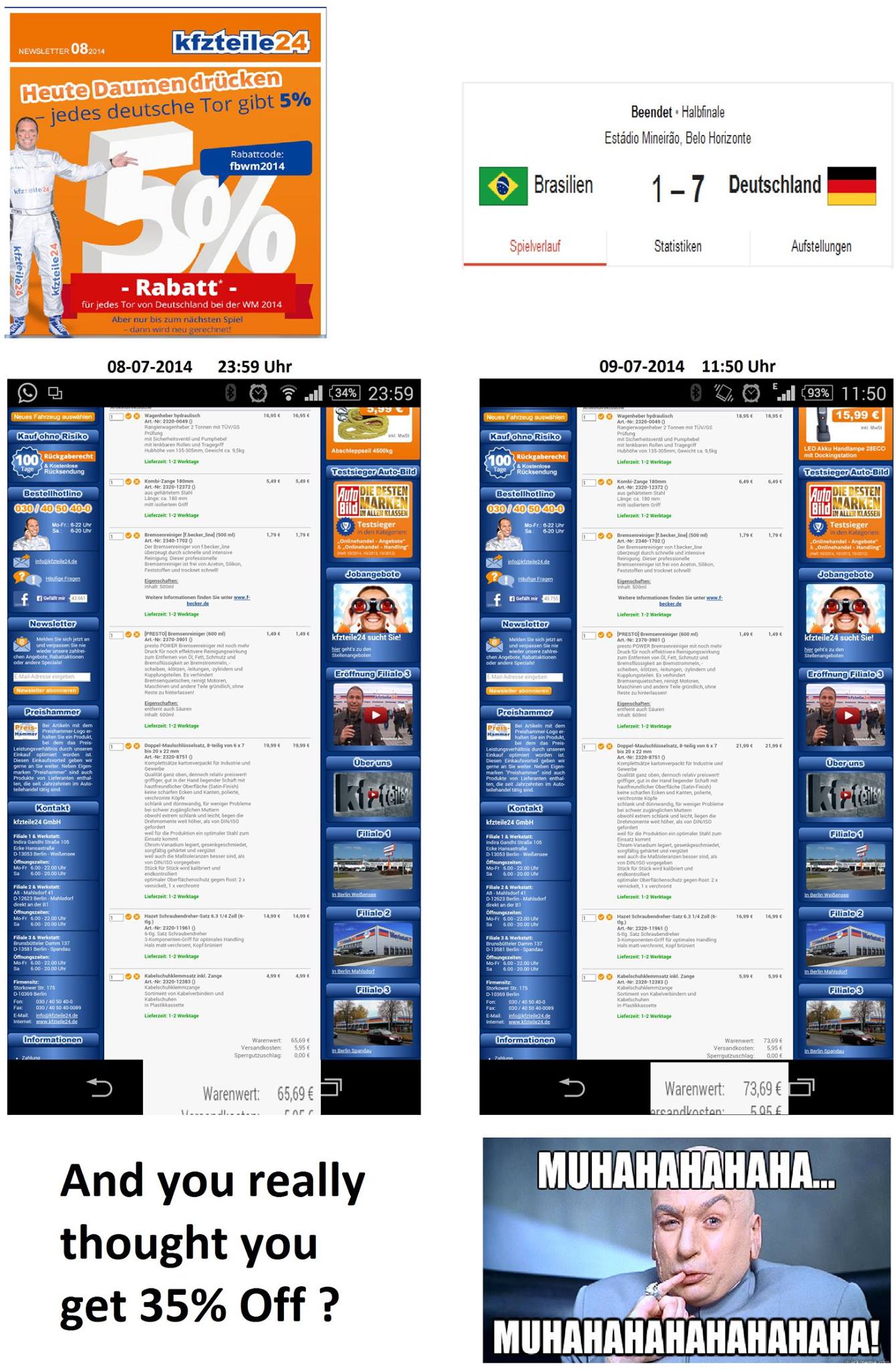 Media Markt happy with The Netherlands losing
In the Netherlands, consumer electronics retailer Media Markt is happy the national team lost on penalties to Argentina, because if Holland would’ve won the World Cup, Media Markt would have to pay for all televisions consumers bought during the period May 26 until June 12, as the company promised.