Growth of ecommerce in France is expected to decline 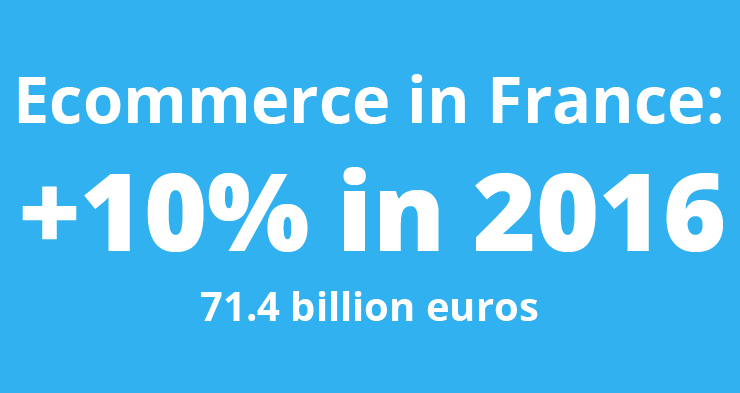 Ecommerce in France increased by 14.3 percent last year, which is a nice recovery from the declining growth that took place in 2014. But for this year, the growth is expected to decline again, as a growth rate of 10 percent is forecasted. B2C ecommerce sales in France are expected to reach 71.4 billion in 2016.

These are some of the most important findings from a report on ecommerce in France by the Ecommerce Foundation. It predicts the industry won’t grow as hard as it did last year. And the growth rate was already decline over the last few years, from 19.4 percent in 2012 to 11.2 percent in 2014. Last year however, the ecommerce industry grew by 14.3 percent. But for next year, a growth rate of 10 percent is forecasted, meaning ecommerce sales in France will increase from 64.9 billion euros last year to 71.4 billion euros in 2016.

Clothing is clearly the most popular product category in French ecommerce. This product group is far more popular than other categories such as Shoes & Lifestyle, Media & Entertainment and Home & Garden. When looking at just the online services, travel represents the most popular service group in France.

Almost two-thirds of the French population of 15 years and older used a smartphone last year, while this percentage was 49 percent in 2014. When shopping retail stores, the French mostly use their smartphone for comparing prices, reading product details and checking reviews and feedback online. Mobile sales were worth 9.9 billion euros last year.