H&M has expanded its online territory by launching an online store in France, which makes it the tenth market for the Swedish retailer to have an online presence. Of course French customers can shop for a wide range of clothing and accessories, but with H&M Home they can also shop online for home goods.

The French H&M store is online since a couple of days and a lot of local fashionistas have already gone berserk. The launch of an online H&M store in France was announced in a tweet on January 30. Back then it was already clear it would also launch its Home line.

Thing are going well with H&M, as the international retailer saw double-digit sales in the fourth quarter of 2013 (13%), as well as over the holidays (10%) and in the first quarter of 2014 (12%). H&M attributes its growth to the opening of several new stores – 374 since February 2013 – and it has plans to open several more in the upcoming months. We’re curious about what the launch of the French online store will do with the sales of H&M this year.

The retailer now has an online store in France, Sweden, Denmark, Norway, Finland, Germany, Austria, The United Kingdom, The Netherlands and the United States. 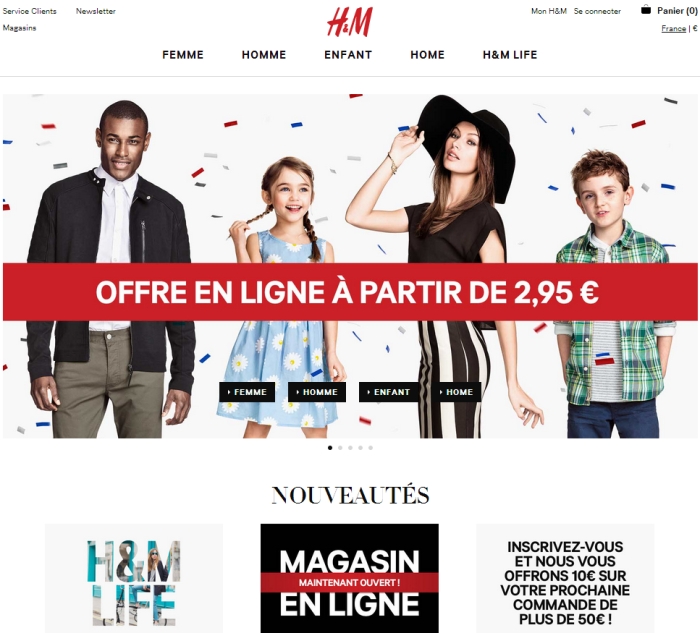