Italians least likely to worry about data when buying online

November 4, 2016 by Ecommerce News. About Laws and regulations with tags Italy. 5999 views.

People in Italy are least likely to worry about what would happen to their personal data when buying something online. In Germany however, consumers are the most likely to know their online shopping data is sold to third-parties. These are some of the results from KPMG’s “Creepy or cool” study.

KPMPG did some research about privacy concerns across the globe. It found that globally, 55 percent of consumers had decided against buying something online due to privacy concerns. The survey also shows that 28 percent of consumers are fine with online retailers selling their personal data to third parties. But especially in Finland there are concerns; 72 percent of Finnish respondents said they worry about what would happen to their personal data when buying online. 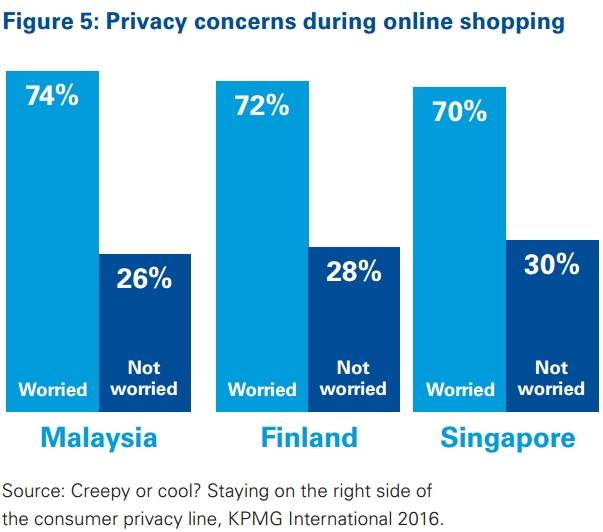 According to the study, Italy is one of the countries most likely to be in favor of government agencies collecting personal data. “It is coherent with a sort of dangerous low perception of privacy risk that Italians have; looking to this data we can notice that Italy is one of the European countries that uses more social media and is the country least likely to worry about what would happen to their personal data when buying something online”, Luca Boselli from KPMG Italy says.

The research also shows some other interesting findings in Europe. In Spain for example, 55 percent of respondents said they have no control over the way organizations handle and use their personal data, while the United Kingdom is the country that’s most worried about unwanted marketing. And 78 percent of respondents in Germany know their online shopping data is sold to third-parties, more than in China (72 percent) or Switzerland (70 percent).

“For companies seeking to use personal data to personalize their marketing and services to the individual, build brand loyalty and develop better products, it is important they understand that although opinions on privacy vary around the globe, it is clear that, more than anything, consumers value privacy over convenience”, KPMG writes.