JátékNet is best shop of the year in Hungary

This year about half of all Hungarian webshops, 626 online stores to be precise, have participated in the contest Az Ország Boltja that’s being organized by market-leading price comparison site Árukereső.hu, which also operates in Romania and Bulgaria. More than 83,000 votes were cast by the Hungarian consumers, which is 24% more than last year.

As told, JátékNet won the Popularity Award three times in a row, which is a popularity prize voted for by the consumers. This year, JátékNet was nominated for a Quality Award for the first time ever. For this award, only shops get nominated that have a code from Árukereső implemented into their website, so its customers get a very detailed questionnaire regarding the webshop.

About JátékNet
JátékNet was founded in 2006 by the current owners, who discovered after the birth of their first child that it was difficult to get quality toys on a good price without the hassle of running through the city looking for them. According to Ákos Bognár, co-founder and co-owner and currently CEO of the online store, JátékNet has underwent a major website development this year, so it will be able to satisfy consumer needs even better.

The company also had to move, as the previous compounds were too small for such a dynamic growth.  The number of daily parcels will grow to 4000 à 5000 in the peak season before Christmas. The company is expecting rapid growth of about 25 or 30 % and it will approximately generate a turnover of 1,8 billion HUF (€5.89 million) this year. JatékNet currently employs 30 people, but an extra 60 to 70 people work seasonally in the store during Christmas time, so consumers can get their toys delivered in time for the holidays. 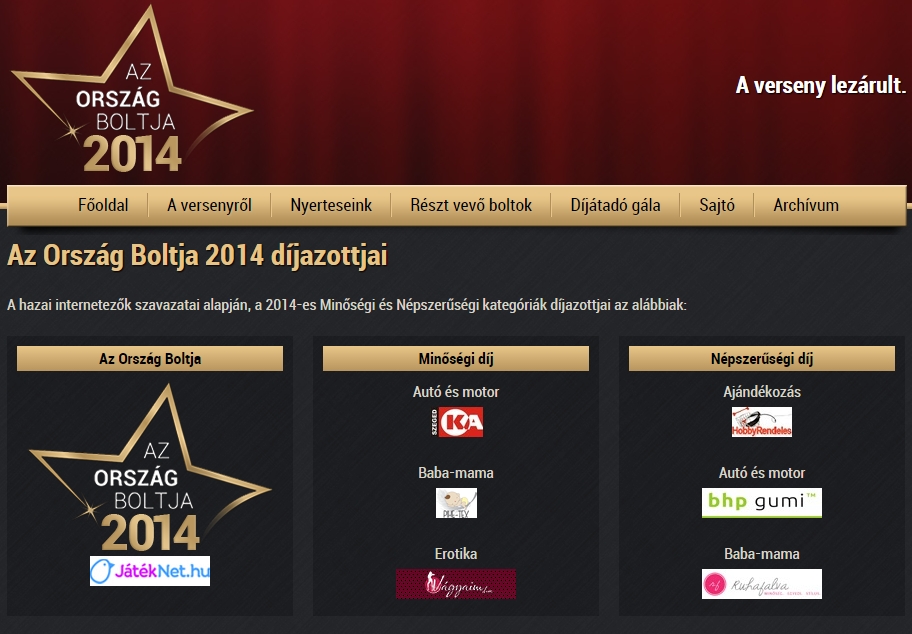