Groupon today has announced it’s overhauling its UK website and mobile apps, in order to transform from a daily deal site into an online marketplace. The redesigned website, with new search, browse and location features, has already launched in the US last year, but is now also live in the UK. The merchant pages have to pull more visitors to the website.

On these merchant pages, brands can have a presence on the site, even when they don’t have a deal running. On such a page, there should be various forms of content, like location details or tips on where it is best to sit in a restaurant, MarketingWeek writes. “As well as special offers that might not be a Groupon deal but are still available on their websites or in stores.”

The new Groupon site offers a prominent search bat at the top of the page. This way customers can find the offer they are looking for and that’s exactly what Groupon would like to achieve. To get shoppers to visit its site on a regular basis instead of only responding to the offers they get via email.

Groupon site has to become a destination
Tamer Tamar, senior vice-president of Groupon EMEA (Europe, Middle East & Africa), says he wants the Groupon site to become a ‘destination’. “In the four years since Groupon launched in the UK, the number and variety of deals have grown rapidly. Groupon UK has added thousands of new deals across local, product and travel in the last year alone. Our new site and mobile apps mean you can quickly find exactly what you want to do or buy, anytime, anywhere”, he says on the official company blog.

Things weren’t looking that good for Groupon during the last couple of years, as the value of its shares declined and founder Andrew Mason left the company in 2013 by writing in his resignation letter: “I was fired today. If you’re wondering why, you haven’t been paying attention”. 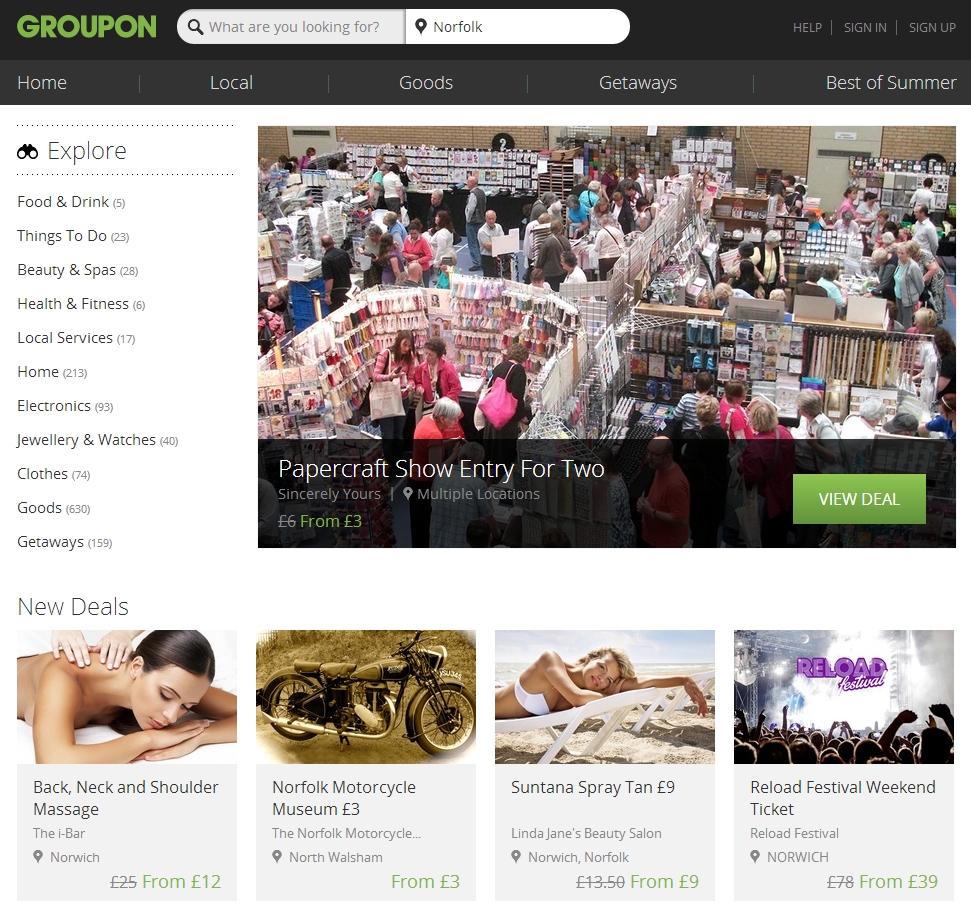