The average amount of money Polish Internet users spent each month on online shopping was 156 zloty or 37.28 euro in 2014. And this year, about 6 in 10 consumers will be more likely to shop online rather than in traditional stores.

This is according to a study done by ARC Rynek i Opinia, of which results were published on Wirtualnemedia.pl. It also found out the top-selling products in the Polish ecommerce industry are clothing, footwear, home furniture, consumer electronics, books and cosmetics.

Preferred delivery methods in Poland
The study also suggests most people in Poland prefer to have their goods delivered to their homes by courier. Another popular option is to go the package at a post office. The relatively least popular option is to pick up goods at unmanned lockers like those of InPost  or in convenience stores. 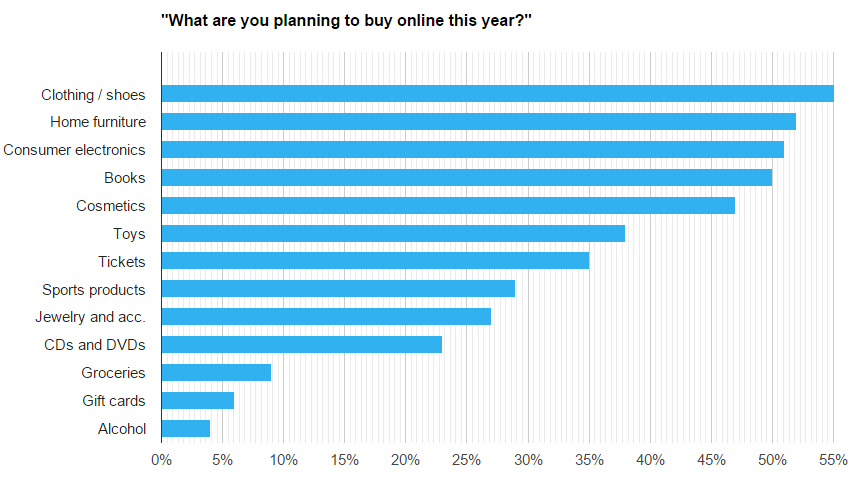 Concerns about shopping online in Poland
Almost half of online shoppers in Poland (48%) has plans to increase their budget for online spending. But according to the researchers, there are still widespread concerns about this form of shopping. Most people have concerns about the possible non-compliance of product delivery, the possibility of damage that could occur during transport, and attempts of fraud or extortion. With regards to internet purchases, some people also are being discouraged by high delivery costs or the lack of certainty that they get their goods delivered in time.  The least people fear bankruptcy of the online store or problems related to payments over the Internet. 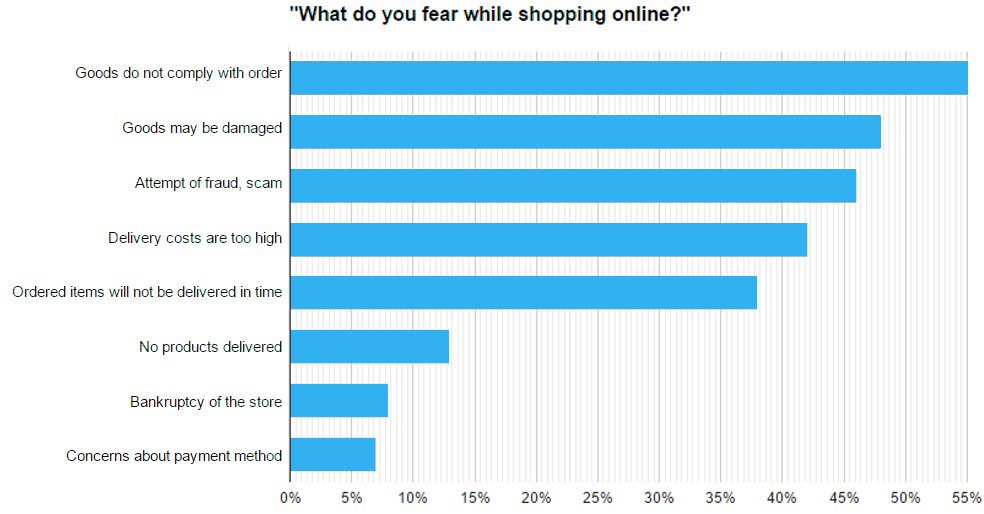 The survey also asked respondents what kind of payment methods they used when they shopped online just before Christmas 2014. The most common way to pay online was using a bank transfer, while only one in five chose cash on delivery.

Another interesting finding to mention is that on December 25, 2014 the deadline for returning goods purchased online was extended from 10 to 14 days. However, only 57% of the online shoppers surveyed know their rights with regards to withdrawal. The rest of the consumers gave wrong answers, such as 7, 10 and 30 days. One in seven respondents (14%) even admitted they had no knowledge of the subject.