LeShop.ch, the leading online supermarkt in Swiss, has opened its second drive-through click-and-collect service. In the canton of Argovie, the new ‘DRIVE’ is located on the main road between Zurich, Aarau and Lucerne, a few minutes from the A1 Autobahn. The pick-up store offers a range of over 8,500 items, including fresh bread, wine, beer, fruit and vegetables, as well as local products.

Around 80,500 vehicles pass through the DRIVE on the nearby A1 road every day, while 13,500 vehicles travel over the main road. A new roundabout has been made so traffic can get more easily to the DRIVE. With the opening of the second pick-up point, LeShop.ch creates about 30 jobs in Staufen, Swiss. “The beginnings are promising, because during the opening at eight ‘o clock in the morning, we already has 112 orders registered”, the company states in the official press release.

According to the online supermarket chain, LeShop.ch DRIVE is primarily intended for active people who have limited time. “Barely two hours after ordering online, purchases are ready and can be loaded into the trunk of the customer’s car at the pick-up point.” 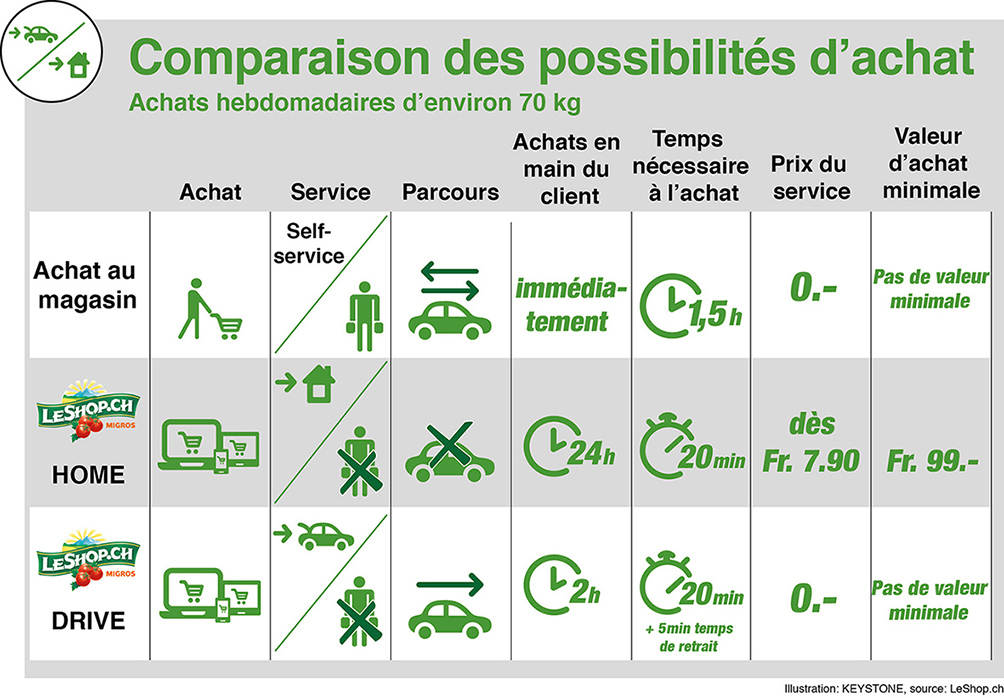 “We reach new customers with this drive-through. This simple and fast service reassures reluctant clients or people who are new to online shopping. The DRIVE service is free and requires no minimum purchase amount”, says Dominique Locher, CEO of the Swiss supermarket chain that’s owned by Migros. Customers can pay on the spot by credit card or debit card (EC, Maestro, Postfinance Card). The second LeShop.ch DRIVE is open from Monday to Friday from 8h to 20h and on Saturdays from 8h to 18h.

Drive-throughs popular in France and Italy
LeShop.ch already has a DRIVE near Biel, which responds to a strong demand: some 6,200 people have withdrawn more than 55,000 orders since October 2012. So called DRIVEs, or Click & Drive as they are sometimes called, are also very popular in France. Large retailers such as Carrefour, Casino, Auchan, Leclerc or Chronodrive offer a total of more than 3,000 click & through points. Together they generate sales of approximately 4.14 billion euros, representing 4.4% of the total French retail. This new way of shopping is also gaining in popularity in Italy, with drive-through centers from Chronodrive in Turin and Milan. A third center should be opened at the end of the year. 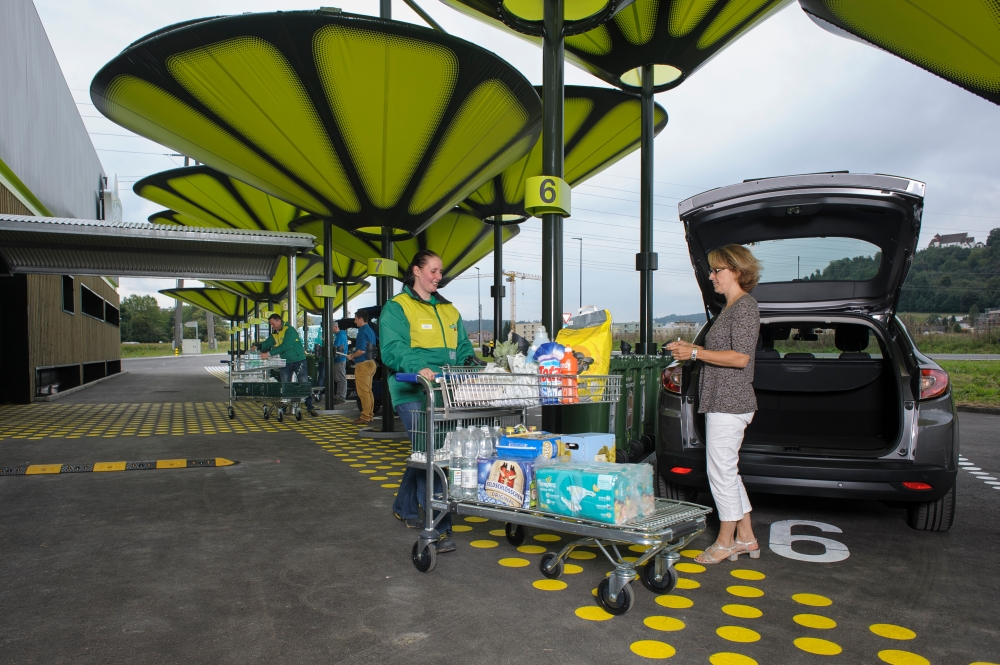