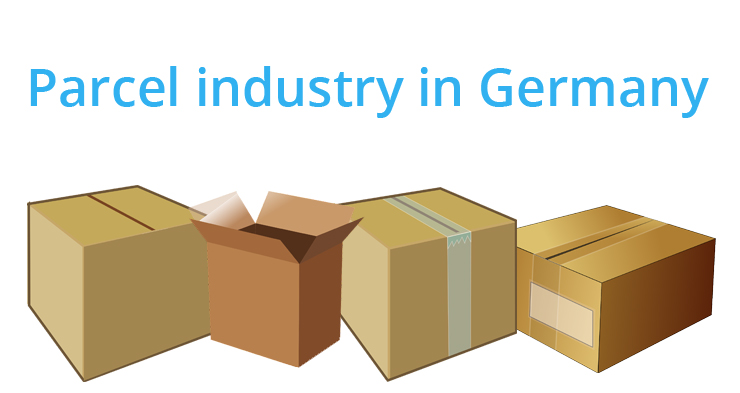 Parcel market in Germany has grown by 5.1%

The parcel market in Germany saw its shipment volume increase by 5.1% last year. In terms of sales it now accounts for 53% of the total German courier, express and parcel industry, which is becoming increasingly important. The total turnover of the CEP industry increased by 3.6% to 16.6 billion euros in 2014, so the parcel market was worth 8.8 billion euros last year.

“KEP-Studie 2015 – Analyse des Marktes in Deutschland” [pdf], a report by the Bundesverband Paket & Express Logistik (BIEK), also shows that the parcel industry grows faster than the overall CEP market in Germany. The shipment volume of the parcel industry has increased by 5.1% compared to 2013, while the total CEP industry in Germany grew by 4.5% to approximately 2.8 billion items. Growth drivers are the international shipments that increased by more than 10%.

The share of parcels has increased by 2.1 percentage points since 2009. During the same period, the proportion of express and courier shipments decreased. There were also more national parcel shipments, although its growth rate has decreased slightly. Its shipping volume rose by 4.6% last year, while sales grew by around 7% during the same period. 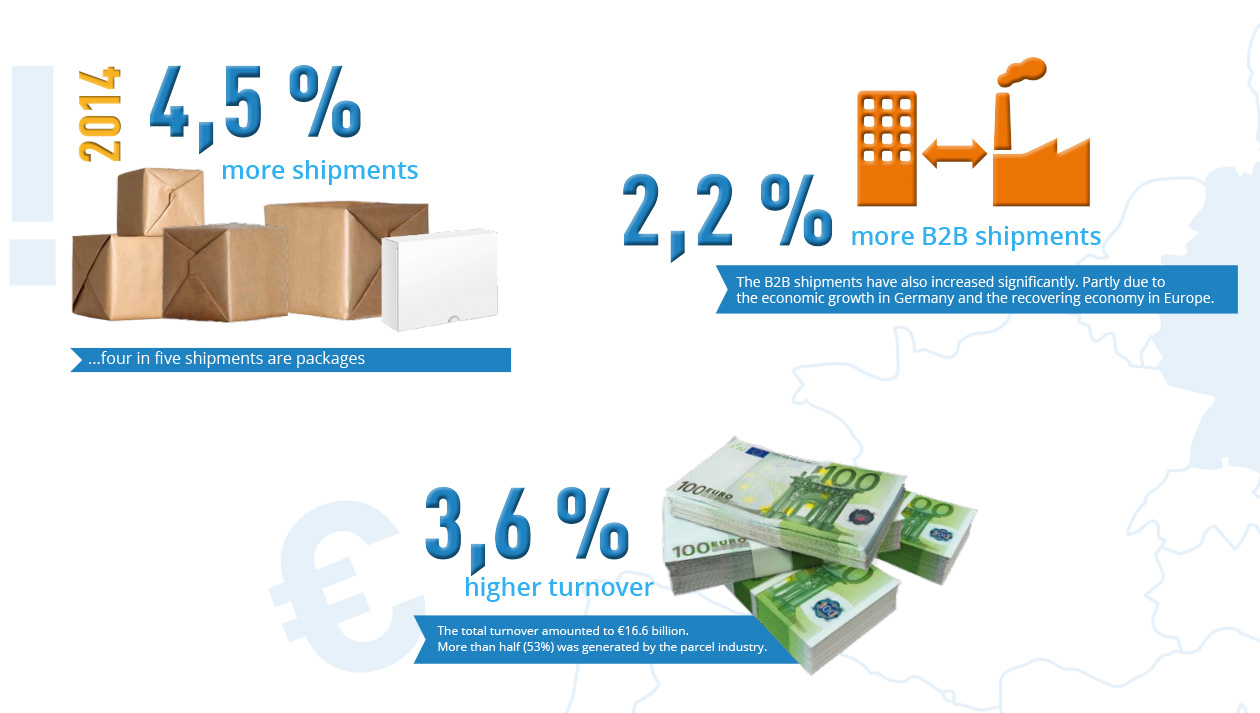 By 2019 a further growth of shipments is expected. It’s estimated the volume of parcels increase by 6.6% per year, which corresponds with a higher growth than the CEP average of 6.4%. The expectations are a lot higher than the growth percentage of 3.6% that was recorded between 2000 and 2014. BIEK says there are two reasons for this: first of all, it’s expected that the ecommerce industry increases and second, it expects further economic growth in Germany and an overall recovering economy in Europe.

“The CEP industry is essential for people’s daily lives”, says Florian Gerster, chairman of BIEK. “The demand for courier, express and parcel services continues to grow, which makes this industry increasingly important. I would like to see that in the future CEP service providers can still give consumers what they need from them. And for this, they need a good infrastructure in cities, so they can meet the demands of the future.” According to BIEK, the CEP industry has, for the first time, more than 200,000 employees. Last year around 203,200 people were employed at one of the many CEP companies. That’s 27 percent more than the number of CEP employees in 2002.