Prologis, the world’s biggest industrial-building owner, is constructing more and more warehouses in Europe as the demand for goods sold online keeps growing. Prologis has started projects in Germany, the Czech Republic, Poland and Slovakia and is looking for more opportunities in Germany and the Netherlands.

The San Franciso-based owner, manager and developer of logistics and distribution facilities is building in countries such as Poland that have growing economies and aging facilities. That’s what Philip Dunne, president of Prologis Europe, told Bloomberg. According to Dunne the supply of modern logistics facilities in Europe is relatively immature compared to those in the US.

Based on data from broker CBRE companies rented 30% more European industrial property in the first half of this year compared with the same period a year ago. To be more precise: investors bought 8.7 billion euros of space in the first six months of 2014, the most since 2007.

The recovery in Europe is uneven
Although Prologis is starting projects in several European countries like Germany, The Czech Republic, Poland, Slovakia and the Netherlands, Dunne says the recovery in Europe is uneven. “The UK is healthy. London and the English Midlands are particularly attractive to build. But the continent has been a bit slow, particularly in Southern Europe and Poland, but we’re seeing some signs of recovery.”

Properties of Prologis in Europe: 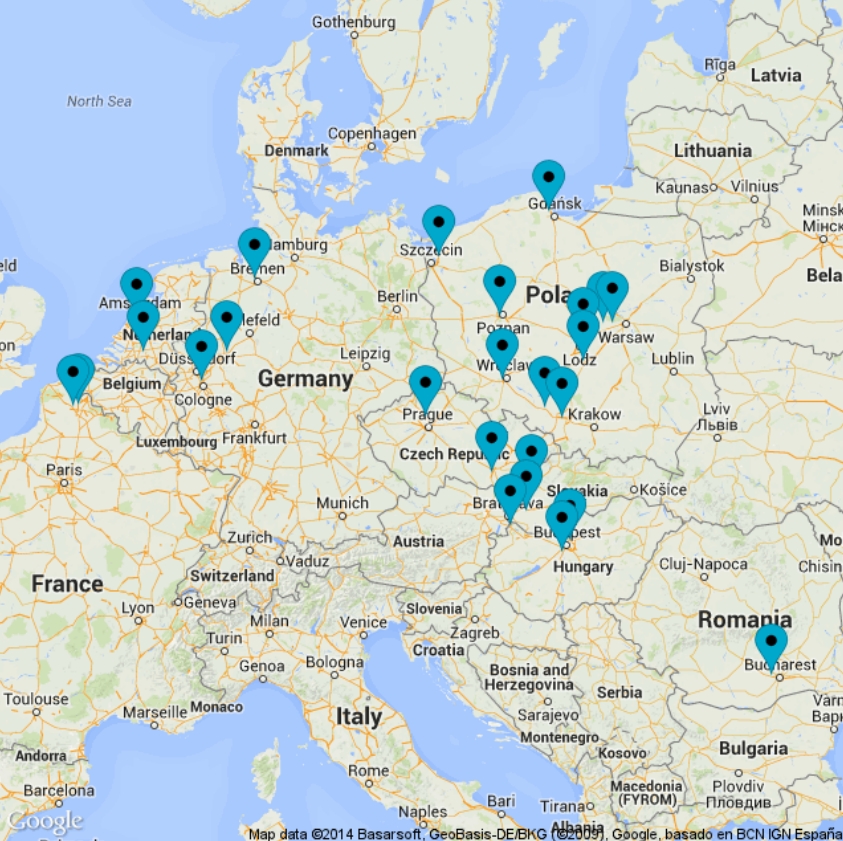