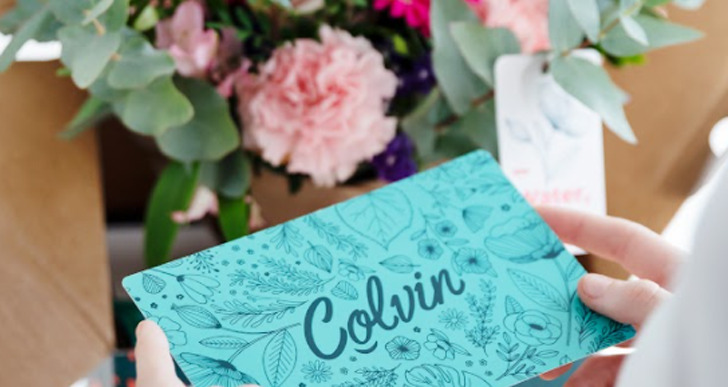 Colvin, a flower delivery startup from Spain, has raised 45 million euros. It will use the new funding to expand its operations in Europe, starting with France. It will also invest further in its platform, and expand the team to about 300 people.

Colvin currently operates in Spain, Portugal, Italy, and Germany, but is eager to expand further across Europe. With the 45 million euros it raised in a Series C round led by Eurazeo, Colvin wants to become the European leader in the flower and plant sector with its B2C and B2B business model.

Last year, the Spain-based startup sent more than 10 million flowers, doubled its team to 200 people, and opened a vertical dedicated to plants, called Colvin Jungle. The startup closed the year with a turnover of about 15 million euros and expects to double its sales in 2021.

2020 set the pace for our growth over the coming years.

“2020 has been a year of acceleration for Colvin, a turning point that will set the pace for our growth over the coming years”, co-founder Sergi Bastardas states. “This new funding round will enable us to accelerate the development of technology and logistics-related projects which are currently under progress for the B2B category, in addition to consolidating the company’s growth in the flower and plant online retail sector. Our goal at Colvin is to lead the transformation of the industry at a global level.”

Colvin will launch in France

With the millions of euros, Colvin will invest in its own system to continue connecting directly with flowers and plants growers. It will also expand to new markets in Europe, including France, and over 100 people will be added to the team in the coming months.

Colvin was founded by Andrés Cester and Sergi Bastardas in 2017 and was created as a direct-to-consumer brand. This business model is still one of the company’s cornerstones, but Colvin has been working to transfer all its knowledge to the B2B category.

We want Colvin to become a marketplace for other professionals, also with other perishable products.

“Since the very start of Colvin, we have been committed to the disruption of the flower and plant industry. In the past 4 years, we have learned a lot and we have discovered that there is a great opportunity to completely change the market thanks to technology that can make the supply chain more efficient”, co-founder Andrés Cester says. “We would like our platform model at Colvin to become a marketplace for other professionals with the aim of benefiting and revitalizing the entire industry, starting with flowers and plants, but also in the future with other perishable products.