Tesco and Sainsbury’s are no longer offering a click & collect service for their customers at Tube stations in London. The two major supermarket chains have withdrawn from the tie-up with Transport for London (TfL) because too few customers used the service.

About one and a half year ago, both Tesco and Sainbury’s started a partnership with Transport for London, which consisted of offering a click & collect service for the grocers’ customers at Tube stations in London. But now, the two grocery retailers have quit the initiative over a lack of take-up by their customers, Retail Week has written. 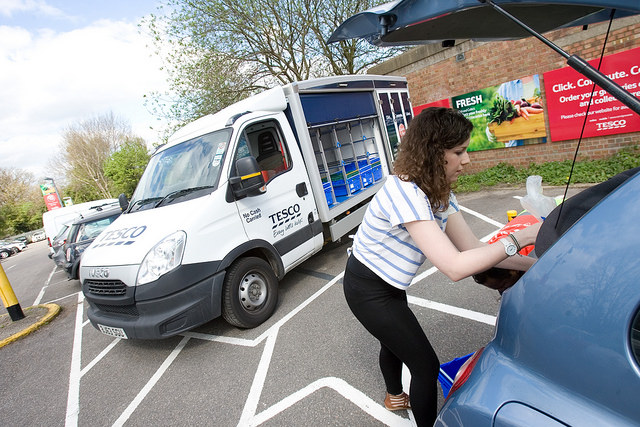 Focusing on grocery click & collect service
Sainsbury’s announced it had done the same. “Although it was popular in some areas, it wasn’t used in others as much as we’d like, so we’re now focused on rolling out a grocery click-and-collect service in our stores across the country – with over 20 sites in operation and 100 due by the end of the year”, a spokeswoman said.

Besides Tesco and Sainsbury’s, the experiment in cooperation with Transport for London, was also something Asda, Waitrose and Ocado have signed up for. It’s unknown how they value the click & collect service, but it – at least for now – they will continue the trial. Asda did however reveal in May it’s trying a new type of click & collect site in Lancashire that will be open 24/7.

City A.M. writes that Transport for London is looking for ways to fill wasted space across its network. They installed click & collect lockers for online retailers like Amazon, introduced pop-up stores and even called fur businesses to pitch for space in disused tube stations.

“The Click and Collect trials have and continue to be a real success for us and the majority of our retail partners”, Stuart Anderson, head of retail at TfL, said. “Tesco and Sainsbury’s have decided not to extend beyond their trial, but we continue to work closely with them to identify other suitable retail opportunities on our network.”