The biggest online stores in Germany, the Netherlands, Switzerland and Austria

What are the biggest online stores in leading ecommerce countries like Germany or the Netherlands and which players dominate the ecommerce industry in the Alps? We’ve got the answers for you and we can already give one thing away: Amazon is everywhere and seems very unstoppable.

Amazon.de dominates the German ecommerce market
In Germany it’s Amazon that has generated the most money selling products online. The German branch of the American ecommerce company has sold products worth 5.8 billion euros during last year. But it’s not only Amazon.de that accounted for this amount, the Amazon-owned ecommerce sites de.buyvip.com and Javari.de also made their contribution.

Otto Group’s ecommerce flagship Otto.de generated 1.9 billion euros. But Otto Group also has some other sites playing a prominent role in the German ecommerce industry, with Bonprix.de and Baur.de that can also be found in the top 100. And with revenues of 702 million euros, Zalando.de has replaced Notebooksbilliger.de as the new number three on the list.

The top 100 ecommerce sites in Germany generated sales of 19.6 billion euros during 2013. That’s an increase of nearly 7.7 percent compared to the previous year, when the top 100 players generated 18.2 billion euros. And when sales from Amazon.de aren’t included, that growth is only 2.8 percent. This is apparent from the study “E-Commerce-Markt Deutschland 2014” from EHI and Statista, that will be released on October 21st. 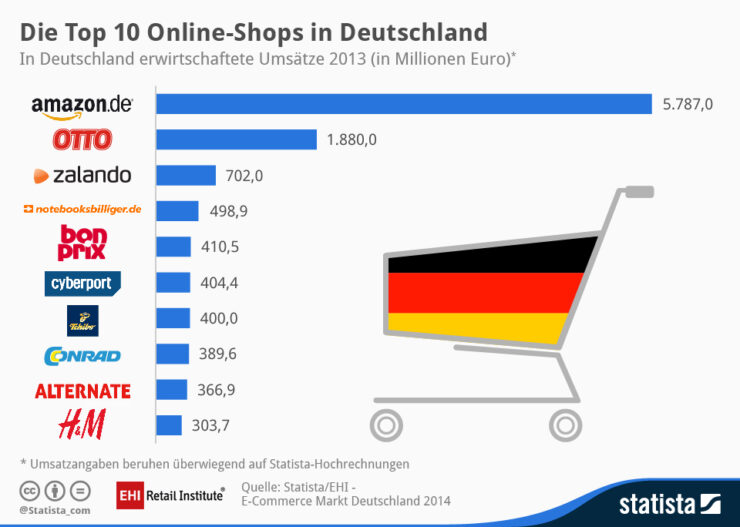 According to Twinkle, who every year publishes the Twinkle100 containing the hundred biggest online retailers in the Netherlands, it’s getting harder and harder for small players to reach the top ten or to have their own niche without having to compete with the big players. “Players like Bol.com and Hema are offering increasingly more product categories, while Bol.com also lets other retailers sell via its online platform. This way, such big ecommerce platforms (Zalando is also one of them) are only getting more powerful.”

It’s still unknown who the biggest ecommerce sites in the Netherlands exactly are, the latest edition from the Twinkle100 gets published on September 23rd, but our guess is that it’s still players like Ahold (Bol.com, Ah.nl), RFS Holland Holding ((Wehkamp.nl, Fonq.nl) and Zalando who will dominate the list. Amazon is nowhere to be found in this list, as the ecommerce giant is still not officially active in the Netherlands, although rumors are getting stronger Amazon is planning a launch in this Western-European country. 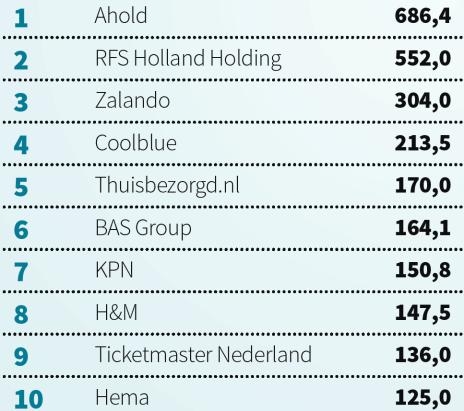 Biggest ecommerce players in Switzerland
Going back to the research from EHI, it shows that the ecommerce industry in Germany is growing with a slower pace than the years before. But in Switzerland the sales growth has almost entirely came to a standstill. The top 100 online shops in Switzerland generated 3.4 billion euros during last year, contributing to an increase of only 3 percent compared to sales in 2012. 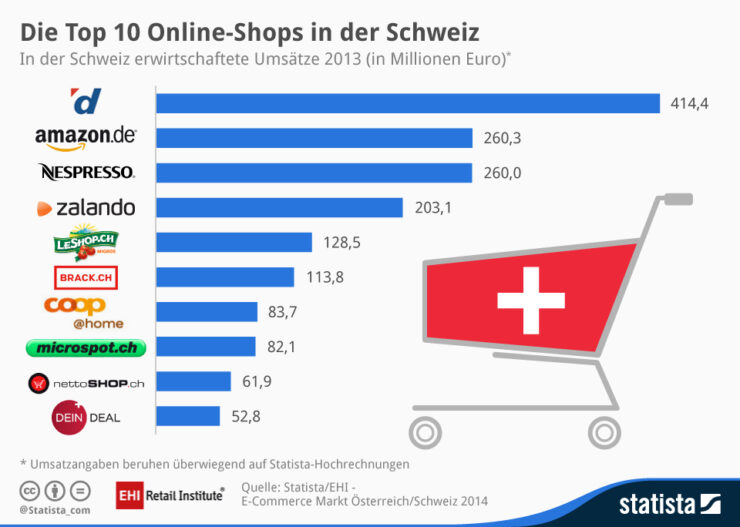 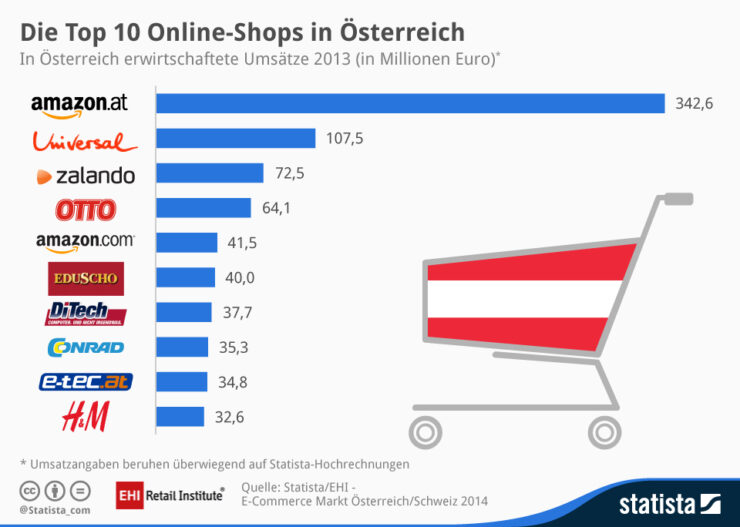