Yves Rocher is best French ecommerce site of the year

The online store of Yves Rocher has been rewarded with the Favor’i 2014, an award created by the French association of ecommerce and distance selling (Fevad). Yves Rocher got the price, based on internet votes. With 16,83 its website received the highest overall score, where the average score was 15,24.

Best ecommerce site of the year
As stated, Yves Rocher got rewarded with the award for best ecommerce site of the year (all categories). Thanks to internet votes, collected during an exclusive survey on a representative sample of the French online population. Yves Rocher also got rewarded with the first prize in the product category “health & beauty”. These are the other winners, based on internet votes: 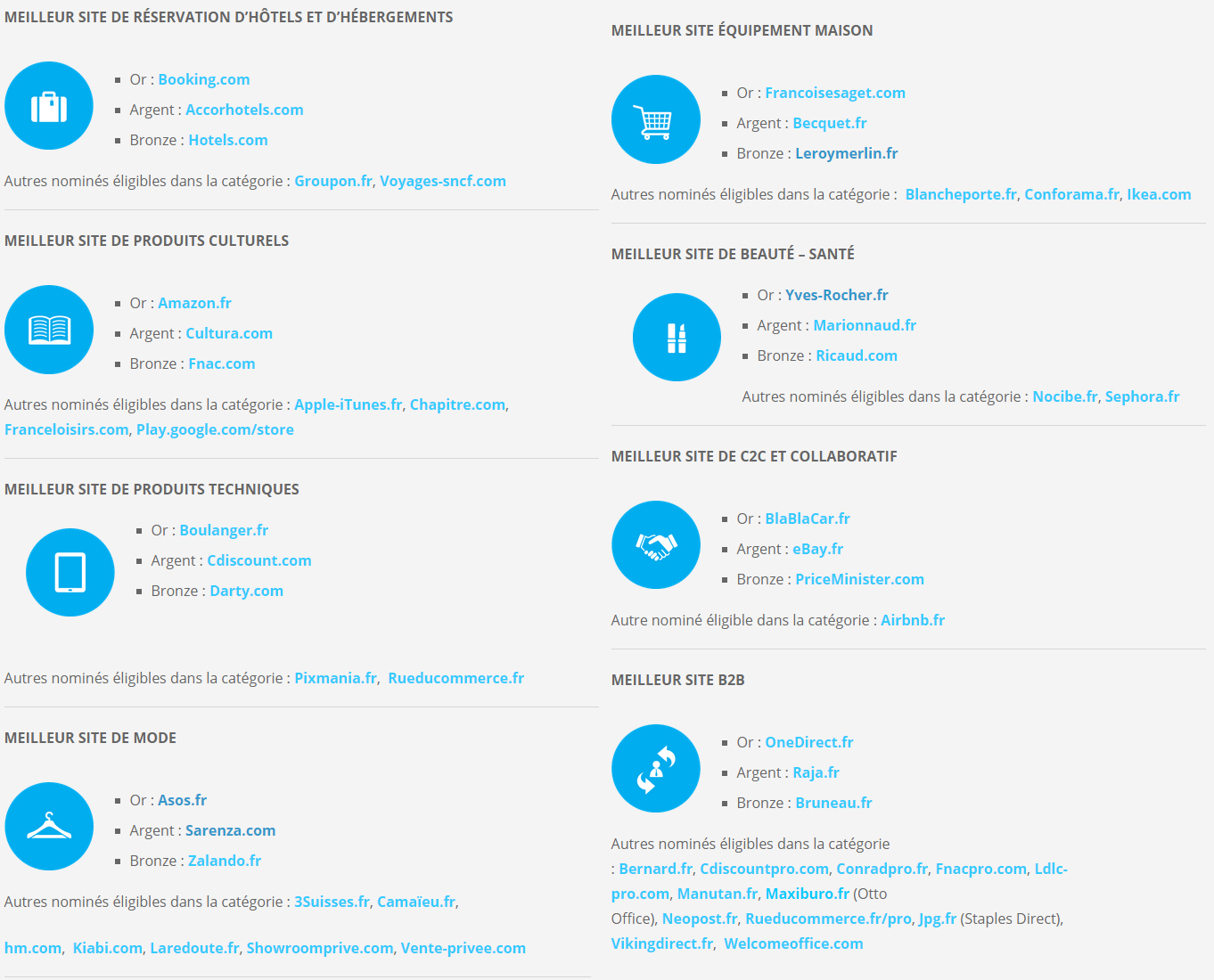 More awards, more winners
There was a Favor’i on behalf of the jury in three categories. Boulanger.fr won in the category “innovation” for their 22h-7h delivery, while Fnac won in the category “new website” for their new mobile app. Voyages-sncf.com won in the category “communication”, thanks to their Instants V campaign. There were seven nominees for the Prix du Meilleur Espoir (“Award for Best Hope”), but Monpetitbikini was the one who went home with the first price. Magic Event and Patatam ended second and third.

Last week, Fevad also published some new data about the French ecommerce industry. There were nearly 35 million Internet users who made online purchases in the third quarter of 2014, while together they spent 40 billion euros online.