The ecommerce industry in Serbia has shown some fantastic results as it grew 39% to 8.16 billion dinars, or 70.4 million euros last year. A downside to the story may be the fact the lion’s share of all transactions went to non-Serbian online stores, as its inhabitants shop drastically more abroad than at local stores. Of the total number of 1.7 million transactions, 1.45 million took place on foreign websites. 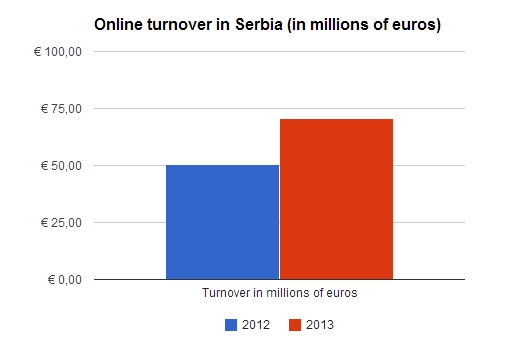