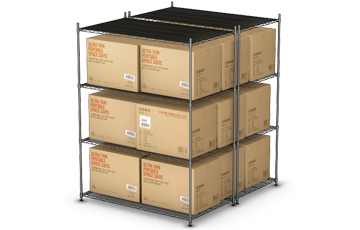 As an online store owner, you could store your stock or inventory yourself and do the stock control yourself. And then pick one (or several) of many ecommerce logistics companies in Europe to take care of delivering the items to your customers. But running your own warehouse can be very time-consuming. If you want to focus more on running your online store, you might go for fulfillment or e-fulfillment.

Fulfillment: the act or process of delivering a product to a customer.

What is ecommerce fulfillment?

The Merriam-Webster dictionary defines fulfillment as “the act or process of delivering a product (such as a publication) to a customer”. When we talk about ecommerce fulfillment, we talk about the part of a product’s journey that’s handled by an external party. An ecommerce order fulfillment company takes care of receiving, processing, and delivering orders, which includes packing and shipping (so you probably won’t need dedicated shipping software!). Basically, a fulfillment center is a warehouse that also serves as a distribution center. Or you can describe it as warehouse with order fulfillment services.

Amazon has over 40 fulfillment centers in Europe.


Looking to outsource your fulfillment and to offer next day delivery in Europe? Active Ants, Huboo.com and SaleSupply.com are fulfillment partners with multiple European warehouse locations.

How to decide locations

Why does Amazon choose these locations? Well, it’s probably a mix of two factors. The first one is that it opens warehouses and ecommerce fulfillment locations in regions where there are lots of customers. Amazon is very big in the UK, so it needs to have a warehouse there, so customers can get their orders as soon as possible.

But the second one is that it also opens ecommerce order fulfillment locations in regions where it’s (relatively) cheap to build and that are easy to reach. That’s why, for example, Amazon has a fulfillment center in Poland. It’s not because Amazon runs a very popular dedicated ecommerce website in this Eastern European country (it doesn’t), but because, compared to other countries in Europe, it’s cheap to build such big buildings in Poland.

Ecommerce fulfillment in Europe is often placed in regions where it’s cheap to build these giant centers.

Poland is known for its large fulfillment centers

Poland is a very popular destination for fulfillment services, for example for dropshipping companies from China. The fulfillment network of Zalando shows the same strategy, for example. The German fashion retailer organizes its warehouses in a hub-spoke distribution setup. It has several warehouses in Germany that form the hubs of the network and fulfill inbound goods, customer order fulfillment, and stock returns. Zalando also has a hub in Stettin, Poland.

The spokes of Zalando’s fulfillment network are located in Italy, France, Sweden, and Poland. These handle customer returns. So, if a French customer returns something, it will be processed in a warehouse in France and then returned to one of the major hubs in Germany.

Poland is a very popular destination for fulfillment.

The location of fulfillment centers is also often dictated by where ecommerce businesses have their most customers. Asos, for example, is a popular fashion retailer from the United Kingdom. So, logically, it has a major distribution hub there. But when Asos wanted to expand further across Europe, it opened a distribution center in Germany. By 2015, this site held 2 million units of stock and inventory and dispatched 38 percent of total EU orders.

Most modern ecommerce fulfillment facilities are not only filled with people, but also with robots. These aren’t the human-like robots you know from the movies, but they are robots nonetheless. They move boxes very fast and very efficient. As a result, there are fewer humans working at fulfillment companies than before.

Some say this is a bad thing, as they predict robots will take over many more jobs done by humans. But the other party states it’s a good thing the robots are here. They can do the boring, repetitive, and sometimes even dangerous jobs, while people are engaged in control or focus on tasks where it’s important a human eye is watching.

There are 24 hours in a day, so there are many timeslots one could spend inside a fulfillment center. Some people only work during the day, some only work at night, and others take turns. The previously mentioned preferred location of fulfillment companies often also have something to do with how a country regulates working at night.

For example, for years, it wasn’t allowed in Belgium to work in a fulfillment center at night. Only in 2014, things started to change. But by then, it was somewhat too late, because Dutch competitors did offer night work, which meant they were able to process late orders. So, online shoppers who bought something at 23:59 could expect their order to arrive the very next day. Belgian retailers couldn’t compete with this, which has led to local shoppers fleeing to Dutch e commerce companies like Bol.com and Coolblue.

In the end, not every country in Europe is perfect to host multiple fulfillment centers from ecommerce businesses. It could be because it’s quite expensive to build such centers there, it could be because of national legislation, or of logistic reasons.

For example, the Netherlands is quite a perfect location for ecommerce order fulfillment services. Not only does it have one of the densest road networks in the world, but it’s also home to the largest seaport in Europe (The Port of Rotterdam) and the busiest airport in Europe in terms of aircraft movements (Schiphol Airport).

Looking to outsource your fulfillment and to offer next day delivery in Europe? Active Ants, Huboo.com and SaleSupply.com are fulfillment partners with multiple European warehouse locations.

Below you will find some of the most frequently asked questions about ecommerce fulfillment services in Europe.


How much does ecommerce fulfillment cost?

It’s a tough question to answer, because it depends on lots of factors. It depends on the amount of orders, your delivery options, the dimensions of your items, how much storage space you need, et cetera. To give you an idea: the storage and processing of a package, with a shipping address in the same country, costs an online retailer an average of 7 euros.

Which fulfillment center is best for you depends on your location, type of products and mainly where your customers are. There are several fulfillment companies that are strong in Europe, like Amazon, Salesupply and Active Ants, but keep in mind that also in Europe alone, shipping costs and times can increase significantly with cross-border shipments.

What is Fulfilment by Amazon?

Fulfilment by Amazon (FBA) is a service from Amazon that takes care over everything: shipping, returns, refunds, product warehousing, picking, packing. Fulfilment by Amazon may not be the best option if you sell many low-value items or large dimension products.

If you want to join the Amazon FBA program, you need to pay storage fees and fulfillment fees. The more inventory you have, the more you need to pay. And if your inventory is stocked for longer than 180 days, costs will also go up.