The Romanian online fashion retailer FashionUP has taken over Click4Fashion, which is active in Romania, Bulgaria, Slovenia and Hungary. With the acquisition, FashionUP wants to further expand its business operations in the region. The value of the transaction wasn’t disclosed.

With the deal, the portfolio of FashionUP, which already consists of over 50,000 products, now also features the brands that are sold by Click4Fashion. Alin Stanciu, founder of FashionUP, says the main arguments for taking over the Romanian fashion retailer Click4Fashion are “the common business vision, the complementary portfolio of brands and the international experience of their team”.

‘We carefully planned all the steps’

Mira Anghlescu, who was the CEO of Click4Fashion, will now become the COO of FashionUP. “Ever since last year, when we started the project, we have carefully planned all the steps that eventually got us here. The efforts have focused on the development of the portfolio of suppliers and clients, and on the expansion of other markets. In less than one year, we were able to roll out operations in four countries, to create and consolidate a positive image and to implement programs focused on clients and their needs”, she says about the acquisition.

FashionUP is part of FUP Distribution, a company that wants to generate sales worth 30 million Romanian leu (6.67 million euros) this year. The company also rolled out a marketplace for local fashion designers and producers earlier this year and has operations in Bulgaria and Hungary.

Click4Fashion is a Romanian online fashion retailer which was developed by the former teams of Stilago Romania and Stilago Bulgaria. The company is active in four Eastern European countries: Romania, Bulgaria, Slovenia and Hungary. 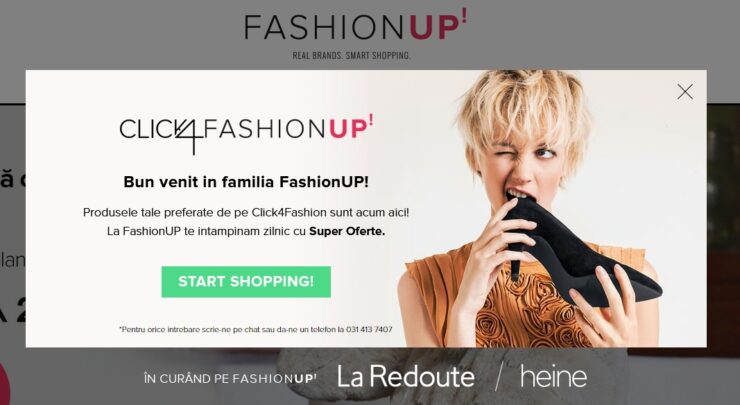