LoyaltyLion has closed a seed funding round of 370,000 euros led by EC1 Capital. The European social loyalty platform enables small ecommerce stores to offer a loyalty scheme that rewards customers for all sorts of activities. It’s compatible with commonly-used ecommerce platforms like Shopify, Magento and SEOshop.

Jan Boluminski, co-founder of German loyalty programma Payback, is among the investors, as are QXL Founder Tim Jackson and serial entrepreneur Paul Burmester – both mentors for Startupbootcamp, of which LoyaltyLion is a alumnus. The company intends to use the funds to grow the team and to test new concepts on the platform.

Reward customers who are active on your site
With LoyaltyLion, online retailers can engage and retain their customers with ways that aren’t necessarily driven by purchases. For example, a customer can rewarded with points by looking at a product video, simply logging in to their account, or engaging with the brand or a product through social media. Online stores that use the social loyalty platform have reported a 21% increase in time spent on their websites and a 49% increase in customer engagement, since using the platform. 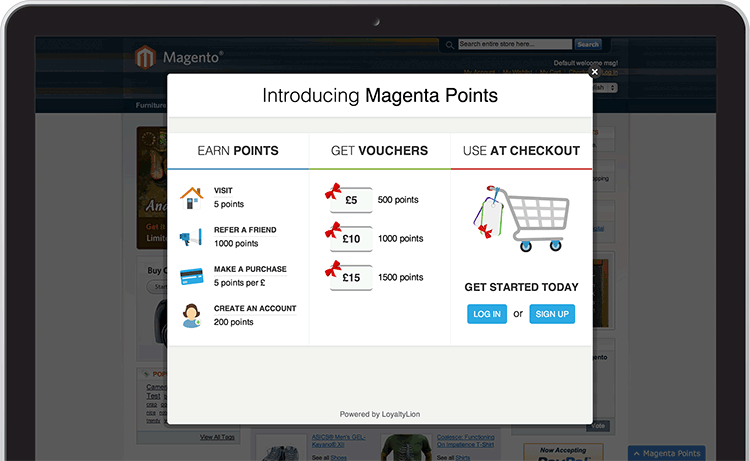 According to CEO Charlie Casey, ecommerce has transformed the way customers interact with brands. “They tweet, like, leave comments, watch videos and share pictures. All of this social activity is valuable and neglected by traditional loyalty programs.”

About LoyaltyLion
LoyaltyLion – until mid-2013 kwown as Prizgo – was launched in October 2012 at the Startupbootcamp Berlin. The team moved to London in August last year and nowadays there are around 57,000 consumers who have signed up to the LoyaltyLion-powered loyalty schemes. For the past three months there has been a 10x growth every month.

LoyaltyLion has to deal with competitors like 500friends, PunchTab, TIBCO Loyalty Lab and CrowdTwist but these companies target larger businesses, while LoyaltyLion is aimed at the long tail of ecommerce.