July 5, 2016 by Ecommerce News. About Software with tags Germany.

Shopware, said to be the largest shop system manufacturer of Germany, released version 5.2 of its ecommerce software. One of the biggest changes is the elimination of encryption software ionCube, thus making its software 100 percent open source.

Shopware made version 5.2 of its ecommerce software available for download. Aside from the switch to open source, Shopware also added numerous new features, which it says are the result of more than 70,000 members from its community submitting proposals for improvement. CEO Stefan Hamann: “For several years, we have encouraged an open dialogue with the community in order to more directly connect with their wishes for an ecommerce platform.”

Shopware has tried to bridge the gap between the retail store and the online shop. In the press release it talks about “creating emotional shopping environments” and “provide more engaging online experiences”. With the release of Shopware 4, the German ecommerce software provider introduced Shopping Worlds, which allows the user to create virtual showcases that can be extended via plugins. Now, this module has been further optimized for all mobile devices and is no longer associated with a particular category, which should increase the flexibility of the software module.

The German company also integrated its ERP system Pickware in the backend of the Professional and Professional Plus editions and the address management has been significantly expanded in the frontend. It also revised its plugin system and made extensions more deeply integrated in the core. “This makes the readability of the plugin more simple and clear, thereby making it even more comfortable for plugin developers to maintain their work”, Hamann comments. With version 5.2 it’s also possible to create any number of subshops, completely free of charge.

Earlier this year, Shopware decided to part ways with encryption software ionCube. As a result Shopware is now 100 percent open source. “This brings a major benefit to retailers who are interested in altering any of Shopware modules to meet their specific shop requirements.”

Shopware was founded in Germany in 2000 and is said to have over 54,000 installations, 2,000 plugins and 1,200 partners. The online shop software is meant for businesses of all sizes and claims to be one of Europe’s most successful manufacturers of ecommerce software. 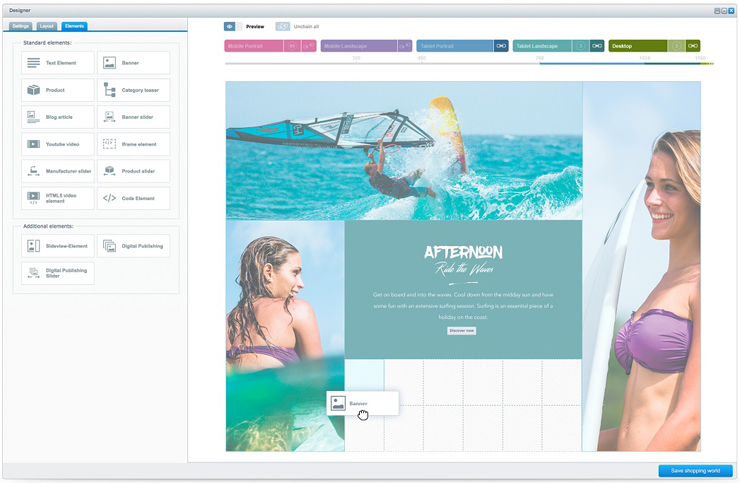