Zalando to create 200 jobs in Dublin 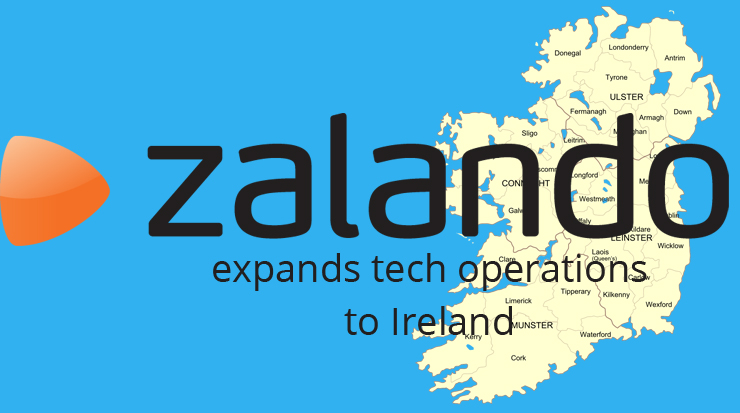 Zalando has opened the new Zalando Fashion Insights Centre in Dublin. With this first technology hub outside of Germany, the online fashion retailer is about to create 200 jobs during the next three years. The new base will focus on understanding the habits and patterns of online shoppers to create a personalized platform.

Zalando wants to to transform the world of ecommerce by building the best platform for every player in the fashion industry, in Europe as well as in the world. The new office in Dublin, which is Zalando’s first technology hub outside of its home country Germany, will play an important role in this, the company says.

“Dublin is a vibrant city with a strong reputation when it comes to innovation. This makes it possible for us to attract the best candidates in the field of research and development, big data analysis, data science and engineering.”

Ireland is happy with Zalando’s announcement
Richard Bruton, who is Ireland’s minister of Jobs, Enterprise and Innovation, is very content with the news. “Getting more of these fast growing technology companies to Ireland, as well as creating jobs is an important part of our action plan for more employment. The announcement of Zalando to create up to 200 jobs is something we obviously welcome.”

Prime minister Enda Kenny added to the conversation by saying Ireland is establishing a reputation as the internet capital of Europe, as the Irish Mirror reported. “Thanks to our talented workforce, Dublin’s Silicon Docks is home to some of the biggest internet companies in the world.”

In order to grow even more, Zalando wants to better understand their customers. That’s why they want to understand the habits and patterns of online shoppers, so they can give them a personalized platform. Zalando’s co-founder Robert Gentz thinks that understanding these insights has driven their growth since the earliest days of the company and has been the key to their success. “The new Zalando Fashion Insights Centre in Dublin will play a major role as we continue to lead online fashion and grow our presence across Europe.”

About Zalando
Zalando, headquartered in Berlin, was founded in 2008 by David Schneider and Robert Gentz. The online fashion retailer has close to 15 million active customers and more than 100 million visits a month, selling fashion clothing, sports gear and shoes for men, women and children. Zalando is active in 15 countries across Europe and reported revenues of 2.2 billion euros last year.