40% of online groceries in UK made on mobile

These are some of the key trends from ‘Taking Stock of the Future or Grocery’, a new report by Criteo, which has explored the latest online retail themes and trends in the British fast-moving consumer goods marketplace.

As said, it found that online grocery shopping in the UK is more popular than in some other European countries. Criteo looked at the estimated ecommerce share of the FCMG market in some countries and with 6.9 percent, the United Kingdom leads Europe, with France just behind at 5.3 percent. Other European countries perform less well: 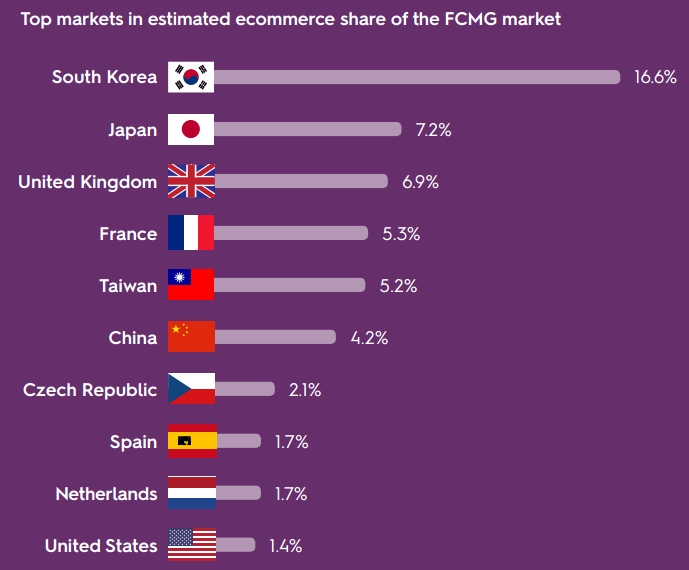 “The United Kingdom is considered a mature market in terms of eGrocery development, but there are still huge areas of opportunity. While about one-quarter of all grocery shoppers in the UK have bought online, 75% have not”, Criteo writes.

But of those consumers who buy groceries online, 40 percent of those purchases are made on mobile phones. It’s clear mobile commerce is growing rapidly. During the holiday season last year, more shopping was done in the UK on mobile devices than desktops. But as Criteo puts it, for marketing it provides a limited range of product view. “Brands need to stand out in a field of four products, not the hundreds that a consumer typically takes in when walking down a supermarket aisle. By leveraging sponsored products, brands can get their products in eye view to increase visibility.”