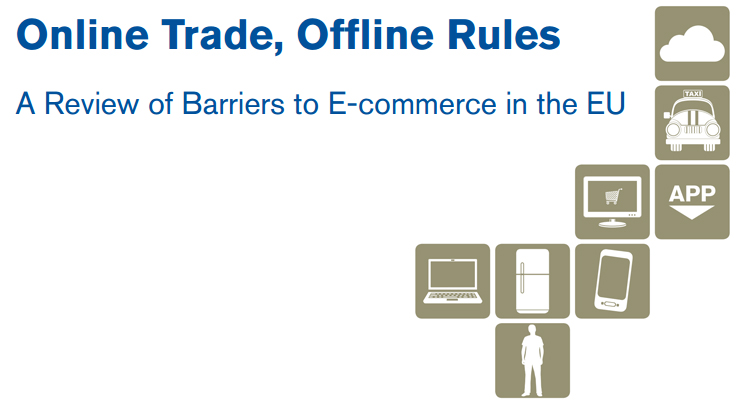 A review of barriers to ecommerce in Europe

The European Union tries hard to achieve the Digital Single Market. But despite all the efforts, there’s still a long way to go before there’s a borderless ecommerce industry in Europe. The national board of trade of Sweden has published a report where it maps out the legal barriers affecting ecommerce in the EU.

The Swedish National Board of Trade has written the report, called “Online Trade, Offline Rules“, as a contribution to the Digital Strategy launched by the European Commission in May. Anna Stellinger, director general of the agency, writes in the foreword of the report that the dynamism of ecommerce and its potential make it an important asses for Europe’s growth strategy. “Yet, this development is slowed down by a number of legal barriers, and the EU markets for online trade are still divided along national borders. The completion of a Digital Single Market calls for the removal of these barriers.”

With the report, the government agency wants to map out the barriers affecting ecommerce in the EU. “Our hope is to increase the understanding of an increasingly complex market and to show how its rapid transformation may be at odds with the relatively slower evolution of the regulatory framework.”

• Differences between the national rules on labelling, consumer contracts or VAT force businesses to adapt their offer to each market;
• Difficulties in assessing which rules – those of the country of establishment of the retailer or those of the country of residence of the customer – will apply to various aspects of an ecommerce transaction such as the handling of customer data or the terms and conditions for a specific purchase;
• Rules are not always adapted to the digital environment and even the rules which are specific to ecommerce become rapidly obsolete as the market develops.

Cross-border parcel delivery problems
But aside from this, online retailers also face several problems that are related to the functioning of the market rather than to intrusive legislation. “This is for instance the case with issues related to cross-border parcel delivery or to the difficulties to secure pan-European copyrights in order to distribute content online.”

The authors of the report believe that the public authorities, both on national and EU levels, and the market players need to rethink ways to address these types of barriers, in order to achieve a “truly integrate market for ecommerce”.

Barriers to ecommerce in Europe 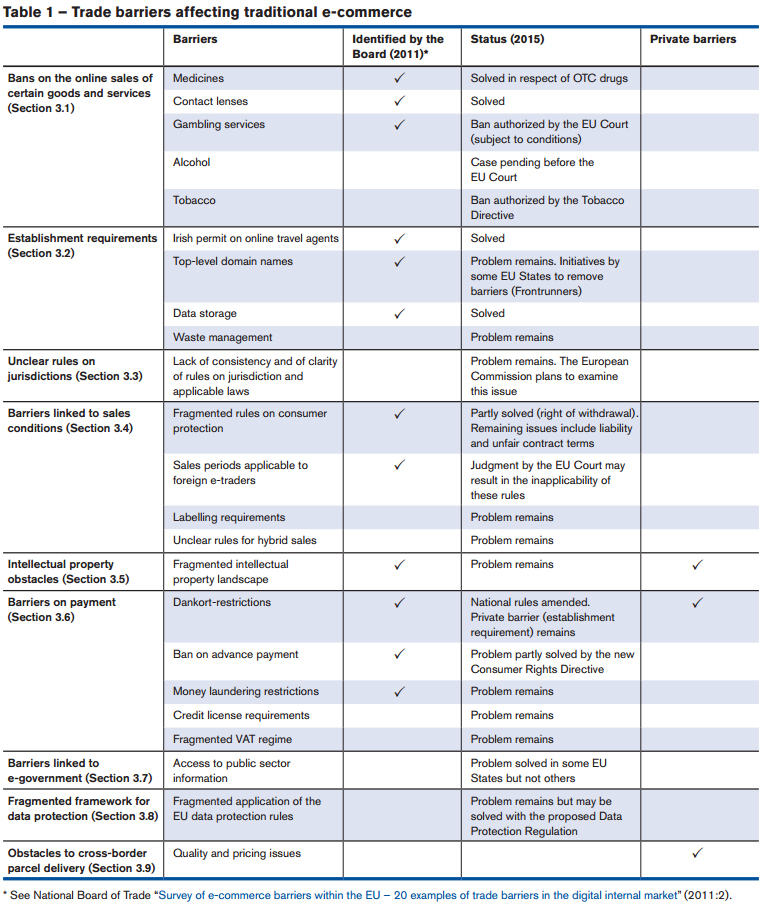