Online pharmacist Apotea has been rewarded with an award for being Sweden’s most favorite online store. The online-only pharmacist is followed closely by Adlibris and CDON. It’s the first time PostNord has organized this competition, which is solely based on consumer votes.

PostNord wanted to promote talented ecommerce players that has been successful towards consumers. Kantar Sifo surveyed over 6,000 Swedish consumers, which is also the basis for the E-barometer reports from the Scandinavian logistics company.

The first edition was won by Apotea, which also won the PostNord Logistics Award earlier this year. But with this new award, it isn’t only about logistics, it’s about which online store was most favorite among Swedish consumers.

Apotea was founded in 2012 by Pär Svärdson after taking over the unprofitable Familjeapoteket. Svärdson also founded online bookstore Adlibris, the runner-up of this award. Earlier this year, Apotea was also ranked as one of the most popular online stores in Sweden. 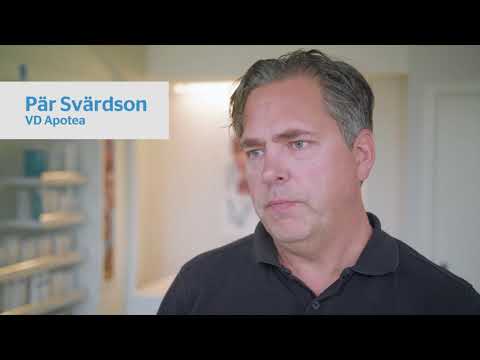