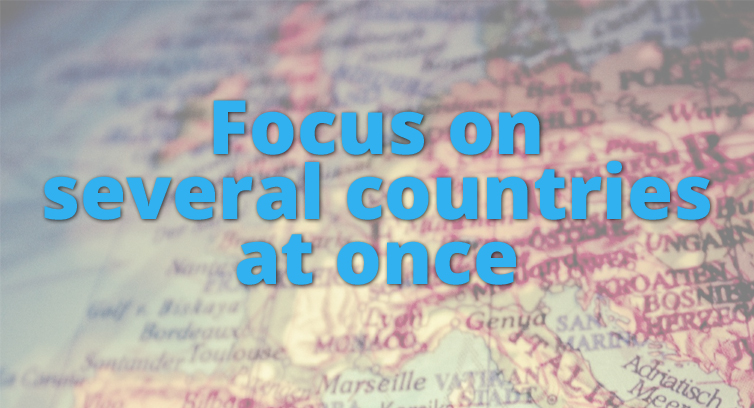 If you want to grow with your ecommerce business, you should start selling abroad. And if you do, don’t focus on one country, but instead focus on several countries at once. That’s what Nelly.com’s founder Jarno Vanhatapio had to say during the eFashion event in the Netherlands.

Vanhatapio, who sold his shares in Nelly.com, even said the British online fashion retailer Asos would be a lot bigger than it already is if it followed the steps he described. “Nowadays, selling your products or services internationally is crucial if you want to be able to grow further”, Vanhatapio told during the eFashion event in Amsterdam, as Twinkle Magazine writes.

“Nelly.com first expanded to Germany. That was a big mistake”, he admits. “The returns became a big issue. It’s wiser to start in a relatively small ecommerce country such as France, or in, let’s say the Middle East. Eventually you could start everywhere, as long as you are unique and you find a way to position yourselves in the market. Consumers will embrace you wherever you are.”

“Just try new things and learn from mistakes”
Vanhatapio says a lot of online retailers still make the mistake of wanting to be the biggest player in the market they expand to. “Maybe you could have achieved this some years ago, but nowadays you shouldn’t have these ambitions. Just try new things in the new countries you’ll enter and meanwhile learn from your mistakes.”

Growing your business could be achieved more easily when you use social media, the Nelly.com founder says. “Use new social media channels to become big and to be at the forefront. First, you create a fan base and after that you’ll increase the engagement among your followers, so eventually it will lead to sales. It’s all about the mind set when it comes to internationalization. For example, think in English and send your emails at the office in English. That’s just a start if you want to sell abroad. Explore. Cross border shopping is the shit!”