Blendle, the Dutch startup that has been revolutionizing reading news online, has finally announced the official launch date for the first international version of its digital news kiosk. Blendle Germany will launch on September 14. Most major Germany newspapers and magazines have joined the platform.

Back in June, Blendle already announced it had begun offering more than 30 German publications, including Bild, Die Welt and Der Spiegel. Since then the team has tested the platform intensively and now they are ready to go live. “We are ready to give Germany the best and easiest platform to read quality journalism online. Without any subscription needed. For the first time ever, readers in Germany can only pay for what they actually read. For the first time, they can claim their money back if the items they read weren’t worth their money. Because that’s Blendle”, says co-founder Marten Blankesteijn.

Positive reactions
According to the Dutchman, the response during the beta fase has been overwhelming. He also recites some media, like Spiegel Online that says “it’s very user friendly”, or Swiss magazine Medien Woche that says “it’s the possible solution to all problems with print media on the Internet”. 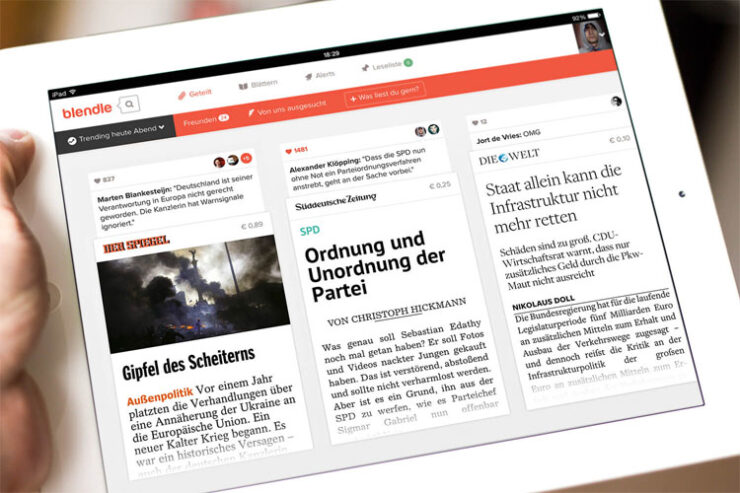 Blankesteijn is confident Blendle can succeed in Germany. “In the Netherlands, we have brought more than 400,000 users to our platform. I also know that two-thirds of our readers are under 35 years of age and have probably paid for journalism for the first time in their lives”, he says. “But we are still a tiny start-up, trying to create something that major publishers haven’t done yet: to convince young people that it’s worth spending money on quality journalism. I’m sure we can do that. People in Germany should just try us out.”

About Blendle
Blendle is a digital news kiosk that was founded in the Netherlands in 2013 by former journalists Alexander Klöpping and Marten Blankesteijn. It received a €3 million investment from the New York Times and German publisher Axel Springer last year so it could expand internationally. The next launch of Blendle could be in France, although the founders once said they’d only reconsider a launch if two-thirds of the local major publishers have joined the platform. 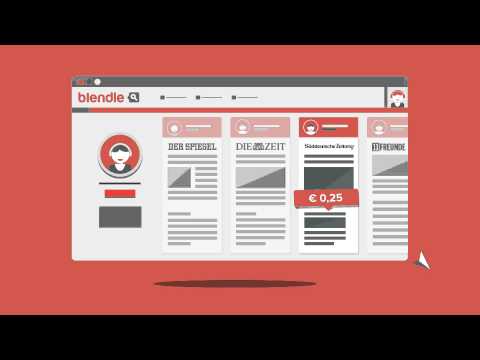